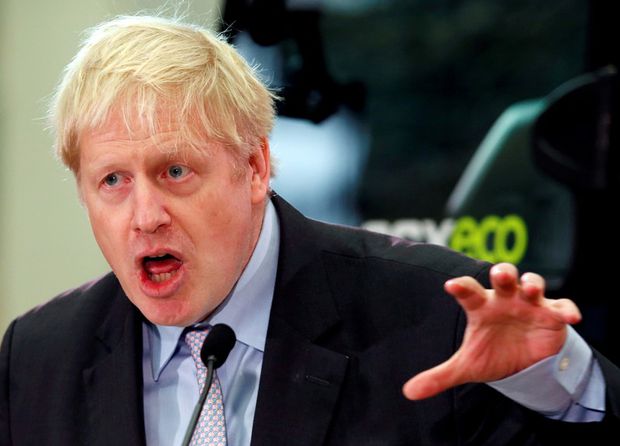 The last leadership election in 2016 suffered from too little scrutiny of the candidates.

The public campaign launches on Monday all set out domestic agendas, but it was Brexit that dominated, with overt and thinly-veiled digs at former foreign minister Johnson.

This afternoon some of the candidates have been at a hustings of Conservative MPs in the Commons.

Each of those eyeing Downing Street are also trying to make a serious policy pitch in an attempt to sway as many Tory MPs as possible to vote in the first round of the ballot, which will whittle down the list to two candidates who will be put forward for a vote by the wider Conservative Party membership to choose a new leader in the coming weeks.

The final choice will then be made by more than 160,000 paying party members.

Johnson's threat on the divorce bill was "a matter of respecting global law", she also said.

May had served as Tory leader and prime minister since 2016, succeeding David Cameron, who quit following the European Union referendum that June.

That hurts him among hardcore Brexiteers, who believe he went soft by supporting May's deal.

The move comes after a number of high-profile contenders for the Tory leadership said they would be prepared to take the United Kingdom out of the European Union without a deal if no new agreement had been reached by October 31.

Mr Gove, who was raised in Aberdeen, insisted he was the "serious" candidate to take over from Theresa May, and took a series of swipes at rival Boris Johnson, suggesting he was "hiding in his bunker" rather than facing media questions.

The date of 25 June would ensure this process is in place before the end of the Tory leadership contest, and before MPs leave for parliament's summer recess.

Mr Gove has been supported by the Tonbridge and Malling MP Tom Tugendhat, who confirmed he would continue to back the environment secretary, saying: "We need to judge people by the ideas they are bringing to the table today, not what they did 20 years ago".

"We won't get a good deal with bluff and bluster", said Raab, one of the most hardline Brexit advocates.

Another leading contender, Hunt, has vowed to renegotiate the agreement May struck with Brussels, claiming on Sunday that he had received encouraging signals for such a move from German Chancellor Angela Merkel.

Others took aim at Johnson, a flamboyant former London mayor, alluding to past criticism that he favored style over substance and failed to grasp details.

Once selected, the two finalists will then hold at least a dozen party member events around Britain. Regarded as even-tempered and competent, he managed to navigate a heated contract dispute with doctors in the National Health Service when he was health secretary, securing a deal after a long-standing argument.

"I'm the conviction Brexiteer with the plan, the discipline and the focus to lead us out by the end of October", former Brexit minister Dominic Raab said.