What about Mali? Wolves ace Adama called up by Spain 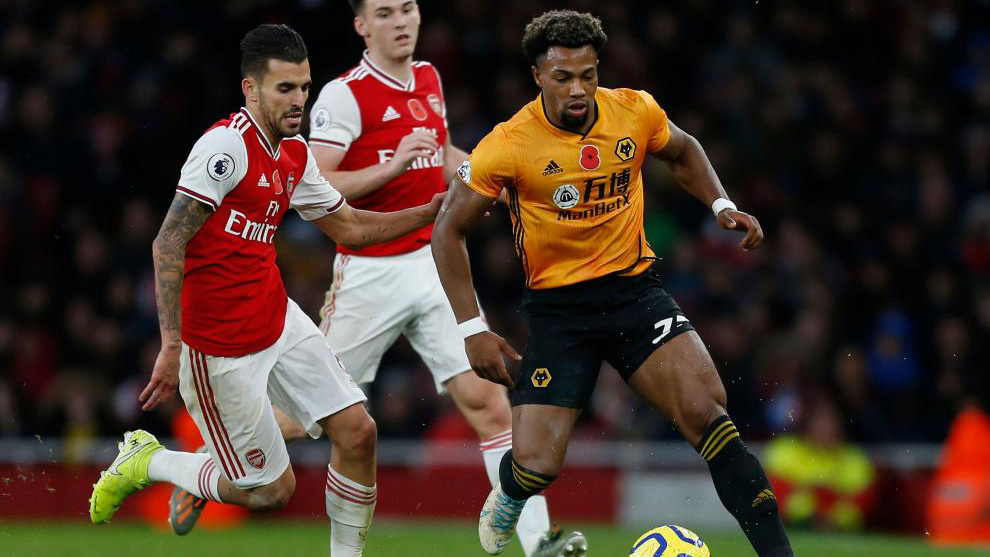 Having been born and raised in Spain to Malian parents, Adama Traore has always been in a position of internal debate as to which country to represent at worldwide level.

"Adama Traore, the Wolves player, will be the replacement for Rodrigo Moreno of Valencia in the national team's squad for the matches against Malta and Romania", the Spanish Federation said in a statement.

Rodrigo Moreno has been ruled out of Spain's upcoming Euro 2020 qualifiers after sustaining a back injury in Valencia's 2-0 win against Granada on Saturday.

Traore came through Barcelona's La Masia academy before leaving to play in England with Aston Villa, Middlesbrough and now Wolves.

In 2014, it appeared that he may be switching to play for Mali however he made a decision to take more time to weigh up his options.

Spain, who clinched their place at Euro 2020 last month, host Malta on November 15 before ending their Group F campaign at home to Romania on November 18.