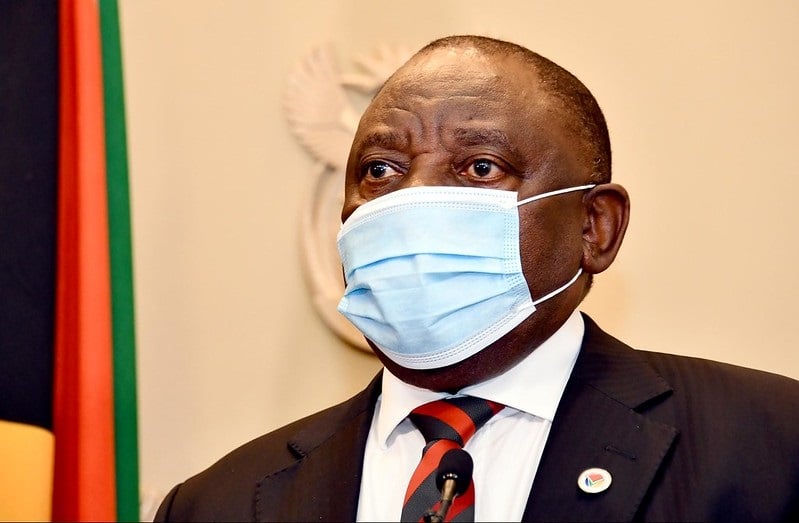 Last week South Africa's health ministry announced that the country will acquire one million Covid-19 vaccine doses from the Serum Institute of India (SII) in January and an additional 500,000 doses in February.

Funerals may not be attended by more than 50 people.

A national committee has been established to deal with the distribution of vaccines, Ramaphosa said, adding that it will be "the largest and most complex logistical undertaking in our country's history".

Ramaphosa, however, listed the exemptions, such as transporting fuel and cargo, emergency medical attention for a life-threatening condition, return to South Africa by its citizens or others with valid visas and departure of foreign nationals.

Cabinet also decided that the 20 land ports of entry that are now open will be closed until February 15 for general entry and departure.

The land border measures were decided after thousands of people tried to cross into the country to escape a new lockdown in neighbouring Zimbabwe last week.

"These include the six busiest border posts, which are Beitbridge, Lebombo, Maseru Bridge, Oshoek, Ficksburg and Kopfontein".

South Africa is the worst-hit country in Africa and has reported 1.2 million cases of Covid-19 and at least 33,000 deaths.

Ramaphosa said infections in Gauteng are growing exponentially and are expected to increase as residents return from travelling during the festive period.

"We do know that this new variant of the virus tends to spread much faster than the earlier variant".

Nearly 190,000 cases and over 4,600 deaths have been registered this month alone. "About a third of Covid-19 patients in hospitals are on oxygen, therefore there is a focus on health facilities, increasing oxygen supply and activating field hospital beds".

"Phase 1, with the first batch of vaccines, we will prioritise around 1.2 million front line health workers".

Ramaphosa said the government has secured 20 million vaccine doses, with the bulk of them due to arrive in the first half.