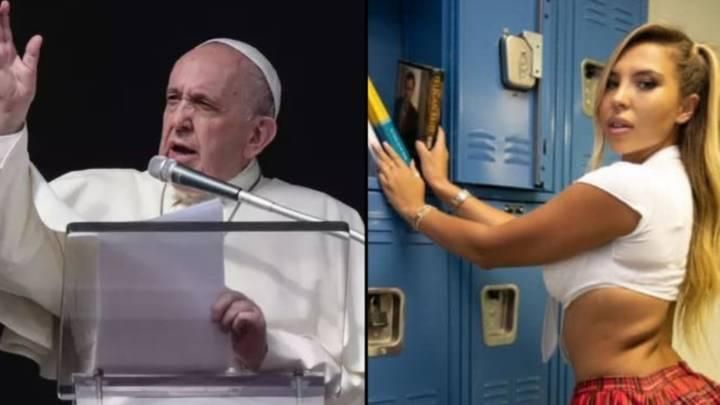 The "like" was removed on November 14, a day after the Catholic News Agency asked the Holy See Press Office for comment.

It was removed a day later by the Vatican's social media team, which tweets or likes on the pontiff's behalf.

Garibotto, who has 2.4 million Instagram followers, is also reported to have joked: "At least I'm going to heaven".

It is unclear when the account "liked" the image of Natalia Garibotto, who was dressed up in a school uniform outfit. The Catholic News Agency reported that "sources close to the Vatican press office" had confirmed that Pope Francis does not administer the account himself. She teased Like a picture of a red devil teasing his followers with an emoji saying "I'll teach you one or two things".

Now, the Vatican said it is trying to get to the bottom of the incident.

CNN has reached out to Facebook, which owns Instagram, for comment. In the screenshot, it is seen that 133,000 people have liked this picture of Natalia (27), apart from Pope Francis.

An eagle-eyed user Barstool Sports, spotted the like and shared a screen recording showing the Pope's Instagram name in the likes section of her photo. His Twitter account in English has more than 18 million followers.