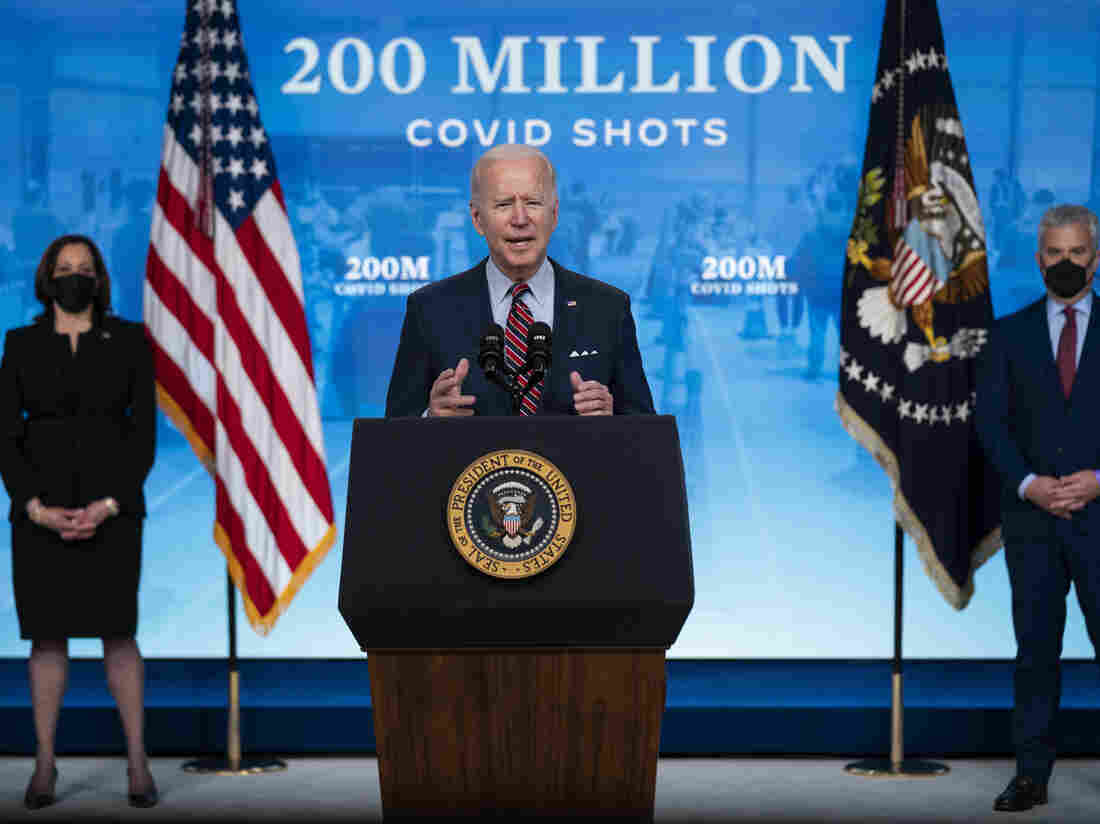 The administration has so far "lent" 4.2 million doses of the AstraZeneca vaccine, which is not yet authorised for use in the USA, to Canada and Mexico. But with all those 16 and older now eligible for shots, the president is expected to outline his administration's plans to drive up the vaccination rate even further.

In his remarks, Biden also praised volunteers, health care workers and members of his staff in remarks Wednesday as his administration nears its goal of administering 200 million doses of COVID-19 vaccines within his first 100 days in office.

It is not clear whether Mr Biden would consider sharing more AstraZeneca doses before the USA has enough vaccine.

Announcing a tax break to encourage businesses to give all employees a day off for vaccinations, Biden said the country was still "on track" to being able to celebrate the July 4th Independence Day holiday in relative normality.

Short of mandates, however, Biden administration officials said they had examined research showing employers have outsize influence in reaching the remaining unvaccinated population.

"No working American should lose a single dollar from their paycheck because they are doing their patriotic duty to get vaccinated", Biden said. Paid for through the $1.9 trillion virus relief package passed last month, the tax change would provide a credit of up to $511 per day, per employee for businesses with fewer than 500 workers to ensure that those workers or businesses don't suffer a penalty by getting vaccinated.

On Wednesday, he announced, "When tomorrow's vaccine - vaccination numbers come out, it will show that, today, we did it". The CDC reports that now, 33% of adult Americans are fully vaccinated against COVID-19, and just over 50% have received at least one shot.

"The progress we've made has been stunning", he said.

Mr Biden said he spoke on Wednesday to Canadian Prime Minister Justin Trudeau and indicated that another loan might be coming, but there could be delays. "We're going to try and help some more", he said. "So please, get the vaccine", Biden says in the video.

He added. "We don't have enough to be confident to send it overseas now". Still, it was generally seen within reach, if optimistic.

Biden called the 200 million shots in 100 days a "goal unmatched in the world or in prior mass vaccination efforts in American history".

By the time Biden was inaugurated on January 20, the USA had already administered 20 million shots at a rate of about 1 million per day, bringing complaints at the time that Biden's goal was not ambitious enough.

Biden came into office on 20 January initially vowing to get 100 million shots administered in his first 100 days.