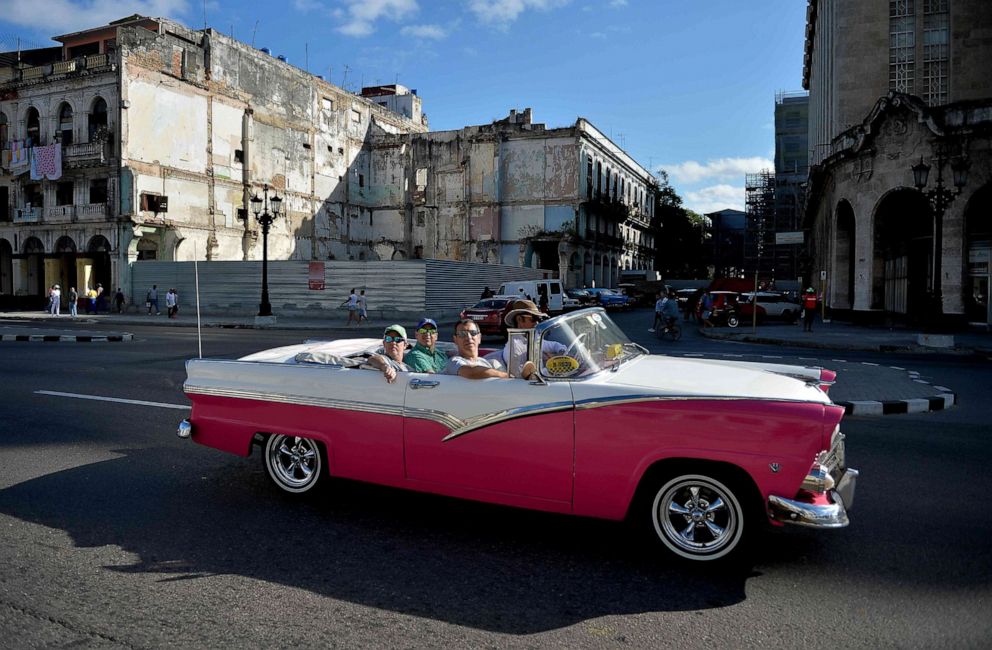 The Commerce Department said the new regulations were in line with "the Administration's national security and foreign policy decision to restrict non-family travel to Cuba to prevent USA funds from enriching the Cuban regime, which continues to repress the Cuban people and provides ongoing support to the Maduro regime in Venezuela".

The state department said the United States would no longer allow "group people-to-people educational travel", one of the most popular exemptions to the overall ban on USA tourism to Cuba.

Treasury Secretary Steven Mnuchin said the measures are a response to what it calls Cuba's "destabilising role" in the Western Hemisphere, including support for the government of President Nicolas Maduro in Venezuela.

"This administration has made a strategic decision to reverse the loosening of sanctions and other restrictions on the Cuban regime", Mnuchin said.

"These actions are directly linked to the tourism industry, which has strong economic ties to the Cuban security, military, and intelligence sectors in Cuba", it said. About 142,000 Americans visited Cuba through a cruise ship.

Martha Honey, who directs the Center for Responsible Travel, also pointed out that returning to the policies of trying to isolate Cuba through the trade embargo and travel ban only served to hurt the Cuban people.

Along with the cruise ships, the US will also now ban most private planes and boats from stopping in the island. The figures exclude Cuban-born Americans visiting family on the island.

USA tourism to Cuba is not permitted, but certain forms of organised group travel, known as "people-to-people" travel, had been allowed until Tuesday's announcement. Neither Commerce Department nor cruise lines, including Norwegian Cruise Line and Royal Caribbean Cruises, have responded yet to a request for comment.

Treasury said it would also deny permission for private and corporate aircraft and boats. That set of restrictions also came with a limit on the amount of money Cuban-Americans can send to their relatives on the island and came as part of a larger policy regarding stricter regulations on relations with Latin America (specifically Venezuela and Nicaragua). 'We will communicate to our guests and travel partners as additional information becomes available'.

Trump's National Security Adviser John Bolton previewed these changes in a speech in April, where he blasted Cuba as part of a "Troika of Tyranny", along with Venezuela and Cuba: "The United States looks forward to each corner of this sordid triangle falling, in Havana, in Caracas, and in Managua".

Old American cars drive past a cruise ship docked in Havana, on August 10, 2018. 'It's inhuman, the sanctions that they're putting on Cuba'. Trips for university groups, academic research, journalism and family or professional matters will continue to be allowed, the administration said.

Cruise ship companies have not yet reacted to the news, but Norwegian Cruise Lines tweeted to one concerned customer: "We are closely monitoring these recent developments and any resulting impact to cruise travel to Cuba".