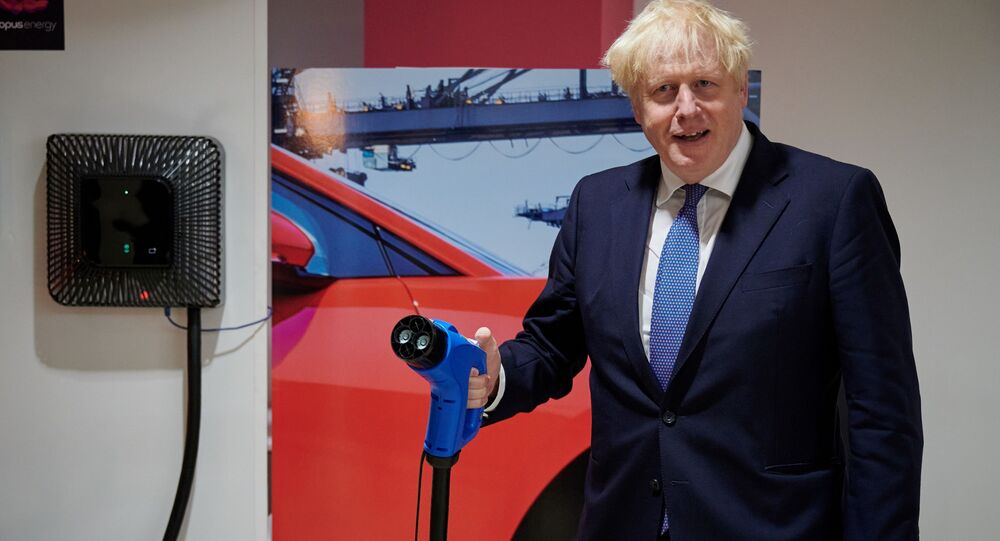 In a key speech on Wednesday, UK Prime Minister Boris Johnson is expected to announce the country's "green industrial revolution" as he unveils a blueprint for protecting the environment, the Daily Mail reports referring to extracts of Johnson's speech earlier seen by the newspaper.

Further, an amount of £525 million will also be spent on developing large and small-scale nuclear plants and new advanced modular reactors - a move which is being debated by environmentalists.

The prime minister said his plan will mobilize almost $16 billion (£12 billion) in government investments to create and support these jobs.

Prime Minister Boris Johnson says new cars and vans powered by petrol and diesel will not be sold in the United Kingdom from 2030.

The 2030 ban on petrol and diesel cars and vans follows what Downing Street called "extensive consultation with vehicle manufacturers and sellers".

It is also set to invest 1 billion pounds in a grant scheme launched in September, and now to be extended for a year, to make homes and public buildings more energy efficient.

The plans contain broader aims to make Britain a "world-leader" in carbon capture technology and the City of London a "global centre of green finance". My Ten Point Plan will create, support and protect hundreds of thousands of green jobs, whilst making strides towards net zero by 2050. However we will allow the sale of hybrid cars and vans that can drive a significant distance with no carbon coming out of the tailpipe until 2035.

"Now is the time to plan for a green recovery with high-skilled jobs that give people the satisfaction of knowing they are helping to make the country cleaner, greener and more attractive", he said.

The United Kingdom a year ago became the first G7 country to set in law a net-zero emission target by 2050, which will require wholesale changes in the way Britons travel, use energy and eat. Of that, almost $665 million (£500 million) over the next four years will go towards the development and production of electric vehicle batteries, which the government said would boost manufacturing and create jobs in the Midlands and North East regions of the country. Hybrid vehicles of various types made up the remaining sales. £20m has been set aside for clean maritime innovations at sites including Orkney and Teesside.

Britain had originally planned to ban the sale of new petrol and diesel-powered cars from 2040, as part of efforts to reduce greenhouse gas emissions, and in February Johnson brought this forward to 2035.

Responding to the announcements, Mohamed Adow, Director of Nairobi-based energy and climate think tank, Power Shift Africa Director, told IANS in a statement, "Nowhere suffers more disproportionately from the climate crisis than Africa, so it's good to see Boris Johnson stepping up and providing personal leadership on this issue".