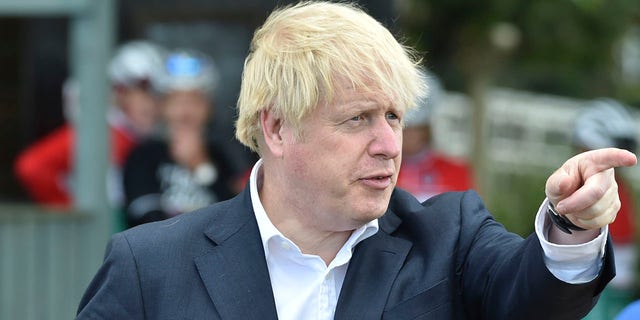 He said the virus was "bubbling up a little bit" in 10 to 30 places within the United Kingdom, and that it was vital Britons stuck to social distancing rules, washed their hands, and got tested if they had any symptoms.

He also said it's possible the United Kingdom will add more countries to its quarantine list in the coming days, with the government concerned about rising infections in parts of Europe.

"We can see sadly a second wave of coronavirus that is starting to roll across Europe and we want to do everything we possibly can to protect people here". "I think you can see a second wave starting to roll across Europe, and we've got to do everything we can to prevent it from reaching these shores, and to tackle it", Hancock said during an interview on Sky News.

"It is now the correct balance of risk to extend the self-isolation period from seven to 10 days", they said, as ministers hinted they would take new precautions to try and contain the pandemic.

In a statement, the four scientists said evidence - while limited - "has strengthened" to show people with the virus "have a low but real possibility of infectiousness" for up to nine days after catching it.

Anyone with symptoms who has a Covid-19 test that comes back negative does not have to continue with the isolation period.

Adding: "This will help provide additional protection to others in the community".

"In symptomatic people Covid-19 is most infectious just before, and for the first few days after, symptoms begin".

Dr Shaun Fitzgerald, a Royal Academy of Engineering visiting professor at the University of Cambridge, said: "This change is important".

The UK has been the worst affected country by the virus in Europe, officially recording nearly 46,000 deaths.

"We can no longer hide from the fact the Government has not handled this crisis well and needs to urgently learn lessons from its mistakes", he added.

In response to the increase in Covid-19 cases sweeping Europe, the United Kingdom introduced 14-day quarantine rules for people travelling from Spain.

Speaking to TalkRADIO, the NHS Confederation Director claimed a second coronavirus wave in the United Kingdom would be "very challenging" for the NHS as staff continue to deal with the aftermath of the first COVID peak in the country.

Hancock said the British authorities were working on possible ways to shorten the quarantine period for people coming from Spain, but no change was imminent.