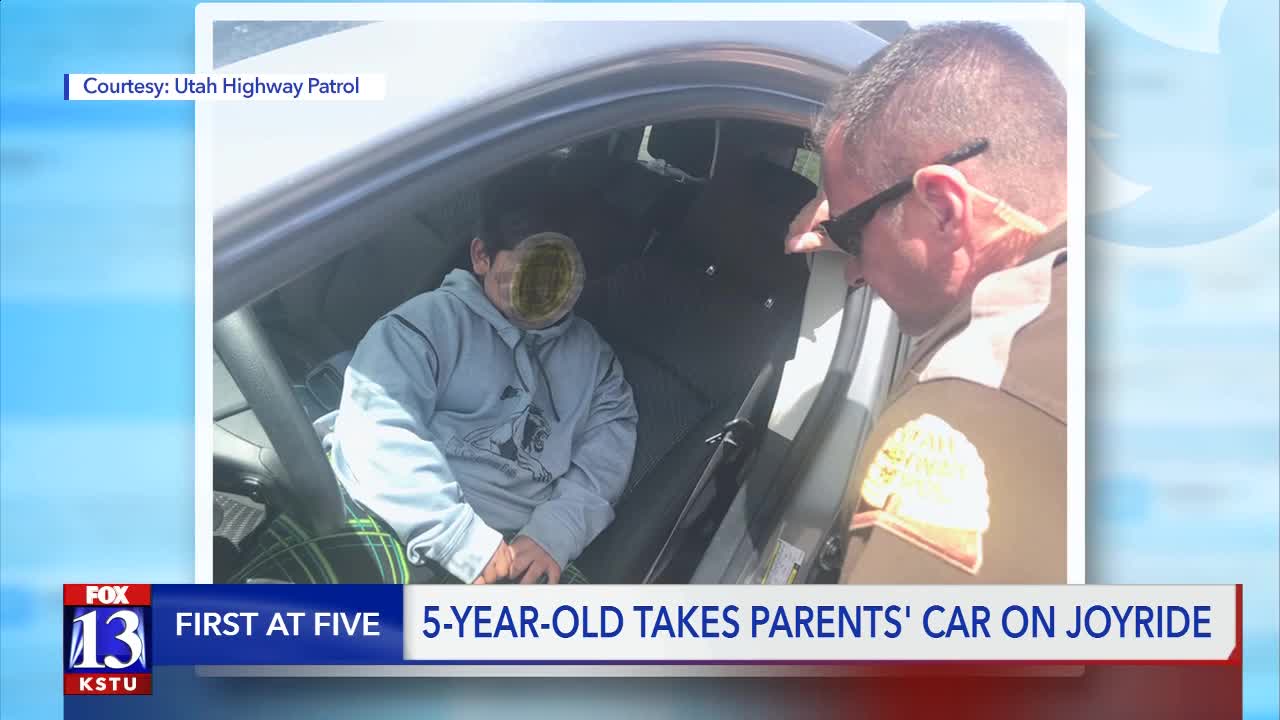 CBS Salt Lake City affiliate KUTV reports the boy, named Adrian, had managed to get the keys of his family's Dodge Journey and drive it two miles through Ogden, Utah and onto Interstate 15 when Morgan spotted him.

UHP Sgt. Nick Street confirmed to local outlet KSL that the boy is indeed 5 years old, though the angle at which the photo was taken may have made him look older.

A five-year-old boy was pulled over by a highway patrol trooper in Utah, United States, on Monday, May 4, while driving to California to buy himself a Lamborghini.

The boy did not crash the vehicle and was not hurt, officials said.

The boy was sitting on the edge of his seat to reach the brake pedal, the trooper said. "How did you get this vehicle?" dash camera video recorded the baffled trooper say to Adrian.

According to the Utah Highway Patrol, an officer in Weber County stopped what he thought was an impaired driver. He thought he was going to be dealing with an impaired driver but instead approached a five-year-old behind the wheel. "He decided he'd take the auto and go to California to buy one himself", the highway patrol tweeted. Morgan was told by the boy, matter-of-factly, that he was heading to California to get himself a Lamborghini. Turns out it was this young man, age 5, somehow made his way up onto the freeway in his parents' vehicle.

They said the boy made it from 17th Street and Lincoln Avenue in Ogden, Utah to the 25th Street off-ramp from southbound I-15.

It is reported that the child had been left in the care of a sibling while his parents were out; it remains unclear whether his parents will be charged, CNN reported.