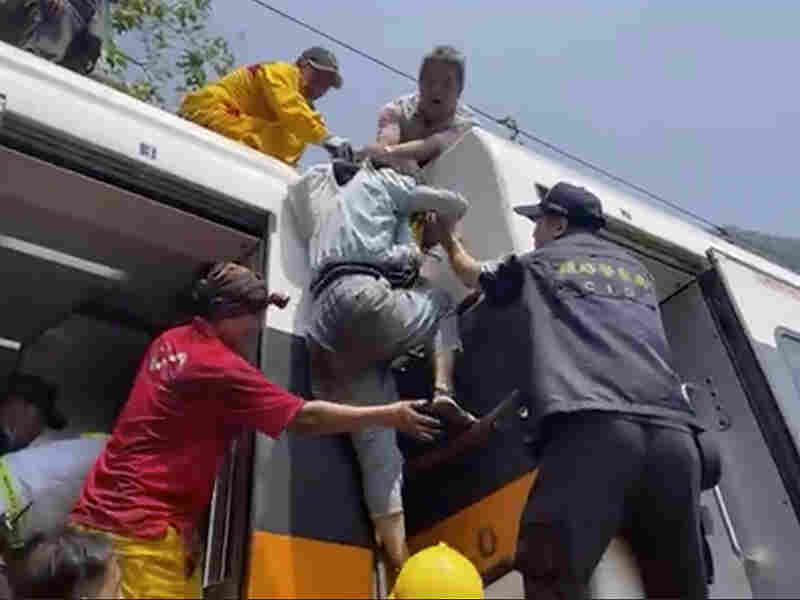 "Is everyone out in carriage four?" a woman is heard shouting from inside the tunnel, in images provided by the fire department.

The fire department showed a picture of what appeared to be the truck's wreckage lying next to the derailed train, and an aerial image of the end of the train sitting on the track next to a construction site.

Around 60 people have been safely evacuated from the first three cars, reported the agency.

President Tsai Ing-wen's office said she had ordered hospitals to prepare for a mass casualty event.

"The top priority now is to rescue the stranded people", it said in a statement.

The train was carrying about 350 passengers in eight carriages, according to Taiwan's official news agency, Central News Agency (CNA).

Taiwan's mountainous east coast is a popular tourist destination, and the railway line from Taipei down the east coast is renowned for its tunnels and route that hugs the coast just north of Hualien where the crash occurred.

With the help of multiple tunnels and bridges, it winds its way through towering mountains and dramatic gorges before entering the picturesque Huadong Valley.

The Ministry of Transport said at least 72 passengers were injured and many others were rushed to hospital.

Taiwan's last major rail crash was in 2018 when an express train derailed while negotiating a tight corner on the northeast coast, killing at least 18 people and injuring almost 200.

Thirty were also killed in 1981 after a truck collided with a passenger train at a level crossing and sent coaches over a bridge in Hsinchu.