Tiffany Trump Announces Engagement, Fiancé Encouraged To ‘Get A Prenup’ 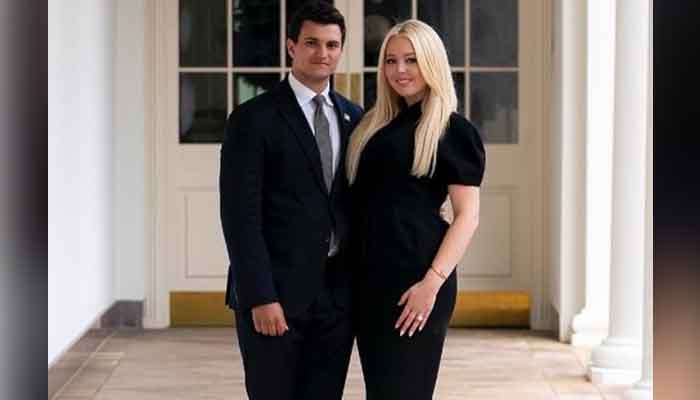 Tiffany Trump, the youngest daughter of President Donald Trump, announced her engagement to business executive Michael Boulos on Tuesday. Page Six reports that the proposal took place in the Rose Garden her stepmother, Melania Trump, famously redecorated past year, over the weekend.

Michael responded to her engagement post in the comments, writing: 'Love you honey.' He also proudly announced the joyous news on his Instagram page using the same photo.

'It has been an honor to celebrate many milestones, historic occasions and create memories with my family here at the White House, none more special than my engagement to my fantastic fiancé Michael!' she wrote, while sharing an image of the happy couple at the White House.

The 27-year-old First Daughter has been dating Boulos for several years since they met each other in the summer of 2018 while traveling in Europe. He is a director at SOCA Nigeria and Groupe Fadoul Afrique (Fadoul Group).

'Got engaged to the love of my life! Her father is in the process of leaving the White House for his last time as America prepares for the swearing in of President-elect Joe Biden. The timing if the announcement was notable considering it is her father's last full day in office. Looking forward to our next chapter together, ' he captioned the image.

Michael, 23, also posted the same photo on his own Instagram account, with the caption: "Got engaged to the love of my life!"

Boulos has shown great support over the years for her fiancée's father and 45th president of the United States.

Tiffany Trump and Boulos have flown under the radar in comparison to the president's older children whom he shares with ex-wife Ivana Trump: Don Jr., 43; Ivanka, 39; and Eric, 37.

Trump also made multiple stops as a campaign surrogate in the weeks before the election.

If you've also been wondering who Michael Boulos is, here is what we know about him. "Celebrating God's endless blessing of love", she penned. The mom told Town & Country in 2020, "I adore Michael!"