The Flight Attendant Trailer: Kaley Cuoco is Framed in a Murder 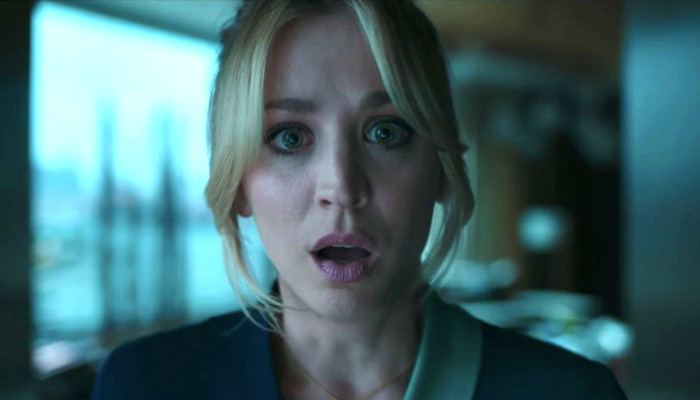 Kaley Cuoco has been pegged as the hot comedy girl since The Big Bang Theory became a baffling success, but the actress has forged a solid partnership with HBO Max, with her acclaimed work on the beloved animated series Harley Quinn and now with a darkly comic thriller that is sure to test Cuoco's dramatic chops: The Flight Attendant. Still unable to piece the night together, she begins to wonder if she could be the killer.

The Flight Attendant co-stars Zosia Mamet (Women), Michiel Huisman (Sport of Thrones), Rosie Perez (Rise), TR Knight (Gray's Anatomy) and Colin Woodell. What comes next is a quick succession of events that see the flight attendant cooking up stories for the detectives and acting hella suspicious while reaffirming that she remembers nothing. Along with her starring character, Cuoco may also executive produce the eight-part restricted show with Greg Berlanti, Steve Yockey, Marcie Ulin, Meredith Lavender, along with Sarah Schechter. Susanna Fogel directs and executive produces the first two episodes.

The first three episodes of The Flight Attendant are prepared to liftoff on Thursday, November 26, with the next two episodes taking to the sky on December 3rd.

When she arrives home, she finds herself being questioned by the Federal Bureau of Investigation by her one-night stand, but as the plot progresses, could the flight attendant really know more than she's letting on?

We're getting Cuoco back in a live-action series after The Big Bang Theory.

Watch The Flight Attendant trailer below. However as a substitute of going to the police, she rejoins her crew for a flight again to New York Metropolis. After spending a luxurious night on the town together, the next morning she wakes up in bed with the man dead next to her - and no idea what happened.