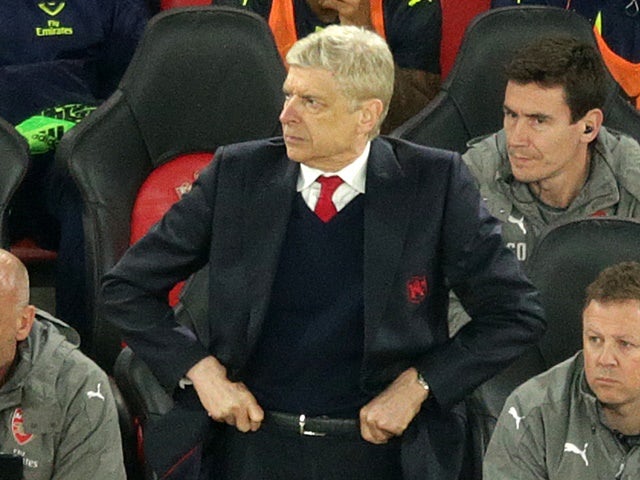 The Arsenal manager has said he intends to appeal against the separate FA charge relating to his behaviour after last weekend's 1-1 draw at West Brom, when defender Calum Chambers was penalised by referee Mike Dean for a handball.

An FA statement confirmed that Wenger had admitted the language he used and his behaviour in the changing room after the match was "abusive, improper and questioned the integrity oft he match referee".

But the visitors will be without their manager on the touchline following his outburst on New Years Eve in the Premier League against West Brom.

Arsene Wenger has stood by his comments on refereeing in the aftermath of Arsenal's 2-2 draw with Chelsea, and even doubled down by saying he felt Eden Hazard should have been booked for diving rather than a penalty given.

"From what I've heard and seen in tunnels and dressing rooms down the years, I'm surprised and shocked to be charged", Wenger, who did not request a personal hearing to the first charge, said in a press conference this morning, per The Telegraph.

A frustrated Wenger called decisions made against Arsenal a "concerning coincidence".

Wenger responded to the charge on Thursday hoping that any punishment might be... "You have your opinion, I have my opinion".

"I try to serve this game with honesty and integrity and when I have something to say I will say it". "I have the right to have an opinion".