While Lucio Ball returns with a new arena in Sydney, Australia and leaderboards, players can now participate in Competitive matches. These new skins flaunt more attractive hues and designs as well. We'll get the rest of the information on the Summer Games 2017 up for you in a jiffy. In contrast to the previous event, there are not many skins which focused on Olympics.

For Honor is getting a free weekend starting on Thursday

Ubisoft's been making quite the push to get more players into their melee-focused combat game For Honor . For Honor's standard and Gold editions will be on sale during the trial. The game will have a 50% discount (resulting in a $30 price tag) beginning August 10 to 20 for those on PlayStation 4 and Xbox One . The "Grudge & Glory" update will add two new heroes and new maps to the game as well as promising a complete balance overhaul.

If you've been meaning to purchase the OnePlus 5 but didn't want to buy it in the Midnight Black or Slate Gray color, perhaps the Soft Gold will entice you enough to open your wallet. Getting a perfectly even and light color starts with running premium aluminum alloy through a diamond cutter. Each second matters in this process, or the anodised colour takes on a different shade.

The Standard & Poor's 500 index fell 6 points, or 0.2 percent, to 2,474. "There's no reason to be a seller yet and there's no reason to be a buyer at these levels as earnings season winds down and you don't have much in the way of economic news this week", said Robert Pavlik, chief market strategist at Boston Private Wealth in NY.

Anti diversity manifesto by Google employee is going viral; here is why

A Google employee reportedly went on a tirade against the internet giant, alleging that conservatives at the company are "alienated" and forced to keep their views "in the closet". He goes on to claim that not all representation disparities are caused by oppression and hence can not be rectified by oppression, likely referring to a number of the company's efforts to hire more women in tech and software engineering in particular. 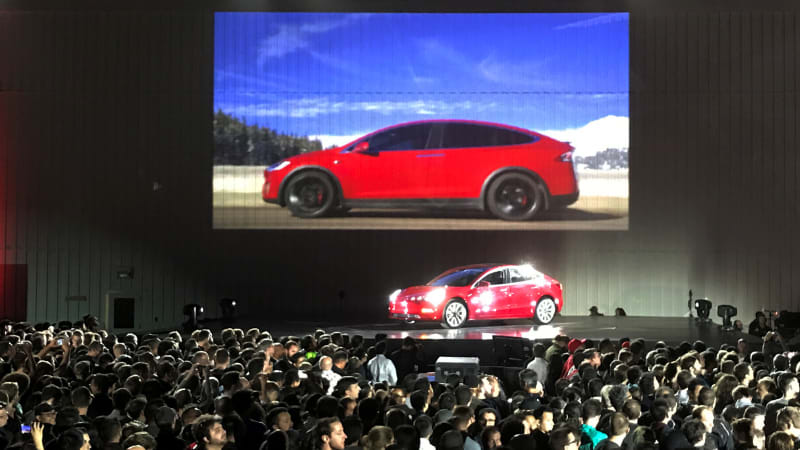 Tesla plans to issue $1.5 billion in senior unsecured debt obligation notes, which will be due in 2025. But investors remained focused on Tesla's long-term potential. Tesla also is involved in installing solar-paneled roofs and producing batteries that can store the energy and power homes. Musk anxious some investors when he warned that Tesla was about to embark on "at least six months of manufacturing hell " as it tries to get Model 3 production to 5,000 cars a week by ...