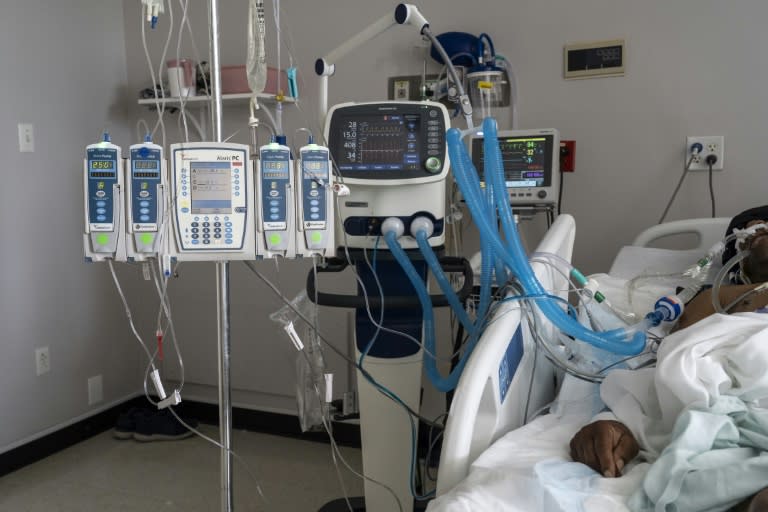 Shares of Synairgen Plc, a tiny pharmaceutical firm born out of a United Kingdom university, soared as much as 373% after the company said its experimental drug cut the risk of developing the worst symptoms of Covid-19.

The risk of developing severe disease (requiring ventilation or resulting in death) during the treatment period (day one to day 16) was significantly cut by 79% for patients receiving SNG001 compared to patients who received placebo.

"The results confirm our belief that interferon beta, a widely known drug that, by injection, has been approved for use in a number of other indications, has huge potential as an inhaled drug to be able to restore the lung's immune response, enhancing protection, accelerating recovery and countering the impact of SARS-CoV-2 virus".

What happens next will depend on the "upcoming discussions with regulators, which should clarify the route to market and the potential for buying SNG001 ahead of the winter 2020 flu season and the possibility of a second wave of COVID-19".

The drug has been developed based on research at the University of Southampton.

The double-blind trial involved 101 volunteers who had been admitted for treatment at nine United Kingdom hospitals for Covid-19 infections.

In the patients with more severe disease at time of admission (i.e. requiring treatment with supplemental oxygen), SNG001 treatment increased the likelihood of hospital discharge during the study, but the difference was not statistically significant, where p=0.096.

Preliminary results from the clinical trial of a protein drug show that the number of COVID-19 patients in need of intensive care treatment can be significantly reduced.

Interestingly, the efficacy analyses indicate there is no evidence of an association between the SNG001 positive treatment effects and prior duration of COVID-19 symptoms.

Synairgen's hypothesis is that giving SNG001 via a nebuliser into the lungs could reduce viral replication and cell damage, hastening patients' recovery from infection.

According to Synairgen, patients are two to three times more likely to recover to the point of engaging in routine activities.

The results have not been published in a peer-reviewed journal, nor has the full data been made available; so the BBC can not confirm the claims made for the treatment.

Last month a Britain-based team of researchers lead by the University of Oxford announced they had successfully reduced the risk of death among seriously ill patients by administering the commonly available steroid dexamethasone.

While others say the results are promising, some experts have urged caution, noting that the full findings have not yet been published - meaning the way the trial was conducted and analysed can not be investigated.

No-one involved in the trial knew which patients have been given which treatment until it was over.