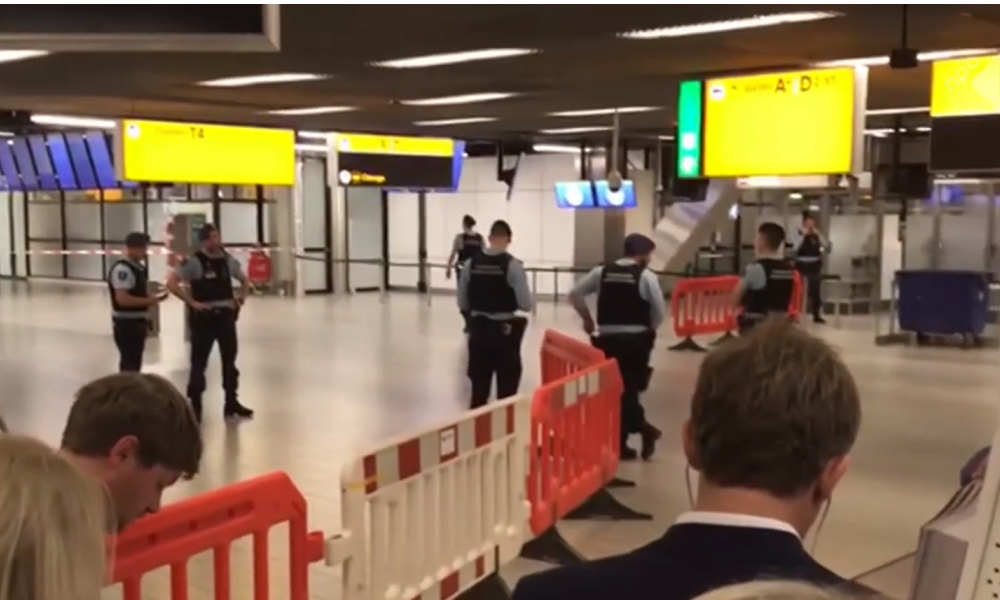 Apologizing for the false alarm, the airline stated that "nothing has happened" and added that the flight will depart as planned "soon". Around 6.5 million people pass through the airport every month, according to statistics published on Schiphol's website.

Schiphol airport in Amsterdam has been placed on lockdown following reports of a plane being hijacked by three knifemen.

About an hour after announcing the start of the investigation, police and airport officials said the passengers and crew were safely off the plane.

Dutch military police have tweeted that they are investigating a suspicious situation on an aircraft at Amsterdam's Schiphol Airport. Breaking 911 also reported that the incident was taking place on board Air Europa flight UX1094 to Madrid that had been due to take off this evening.

Numerous outlets are reporting that a Grip 3 report was issued by special forces in the Netherlands.

Photos shared on social media show areas of the airport cordoned off with police tape.

The airport is still operating but all inbound and outbound flights are delayed and some have been postponed indefinitely.

One journalist at the scene tweeted images showing emergency vehicles on the airport's tarmac.