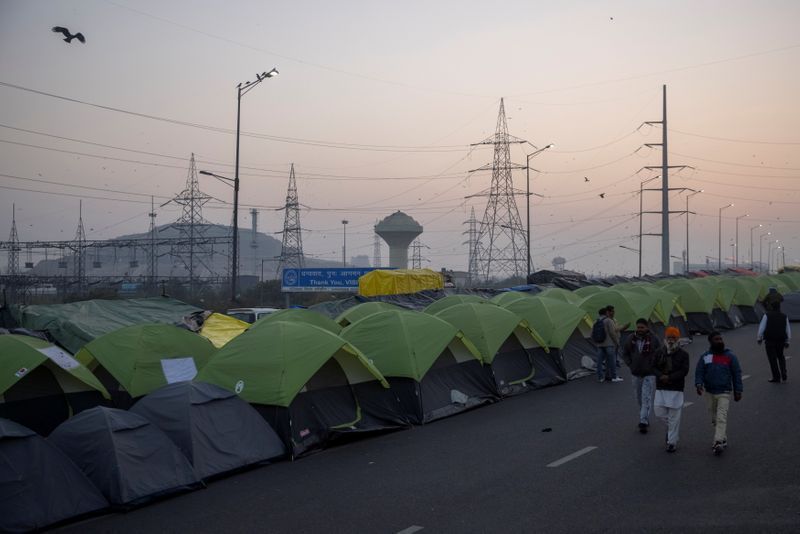 Chief Justice Sharad Arvind Bobde said the independent committee of experts would "amicably resolve" the standoff between the farmers and the government.

A three-judge bench served notice to various farmers unions for their plan to drive tractors to Delhi on Republic Day to protest against the contested laws.

When some counsel said the composition of the committee should be acceptable to all, the CJI said, "We are not catering to everyone's idea of what is a good committee".

Last month, Mr. Pawar met President Ram Nath Kovind and sought a repeal of the three farm laws. He also termed the demand for repeal of laws as "bizarre" and asserted that non-farm organisations and intellectuals who were supporting the farmers should realise that the demands were unworthy of them. "Reforms are needed in order to make agriculture competitive", he was quoted by The Hindu last month after a group of farmers belonging to the All India Kisan Coordination Committee met Union Agriculture Minister Narendra Singh Tomar met to extend their support to the Farm Laws past year.

A bench led by CJI SA Bobde asked the Solicitor General Tushar Mehta to serve a copy of the application to the farmers' unions.

Mr. Shetti said that it was a complete betrayal of protesting farmers. "We are sorry to say that Centre has not been able to solve the problem and the farmers' agitation". He however said that the Centre did not discuss the laws enough with farmer bodies, before introducing them.

"The top court stayed the implementation of the Farmers' (Empowerment and Protection) Agreement on Price Assurance and Farm Services Act, Farmers" Produce Trade and Commerce (Promotion and Facilitation) Act and the Essential Commodities (Amendment) Act. "We have been and still are of the opinion that farmers should get the freedom to choose cropping pattern and get access to technology", Mr Ghanwat said.

"We don't agree with the committee that has been formed", said Mr Darshan Pal, a farm leader with the Samyukta Kisan Morcha.

Later in the day on Monday, the Centre filed a 45-page affidavit in the court to claim that only a "limited number of farmers" and "others" were opposing the laws and that "farmers of the nation are happy", PTI reported. Pramod Kumar Joshi, director for South Asia, International Food Policy Research Institute, and agriculture economist Ashok Gulati have been named in the panel.

Thousands of farmers, mostly from Haryana and Punjab, have been protesting at several border points of Delhi since November 28 past year, demanding a repeal of the three laws and a legal guarantee on the minimum support price for their crops.

Indicating amply that it may go to the extent of staying the implementation of the contentious farm laws, the apex court refused to grant extra time to the Centre to explore the possibility of amicable solution, saying it has already granted the government a "long rope".