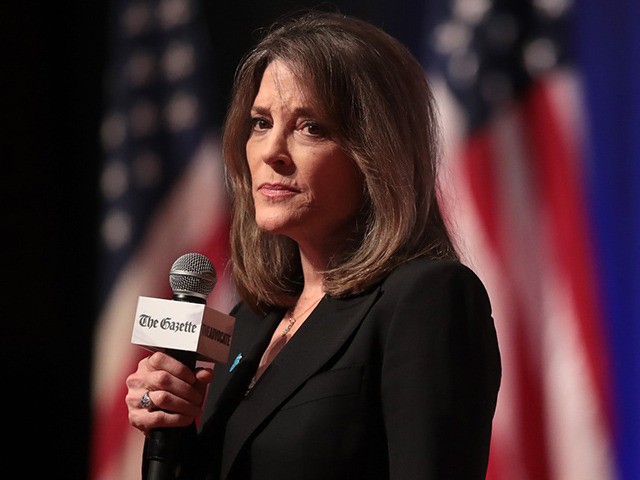 Ms. Williamson qualified for the first few Democratic debates previous year, but struggled since then to attract attention and fundraising for her campaign.

Williamson further set herself apart by saying the other candidates' policy proposals were not going to be enough to defeat President Donald Trump.

At a July debate, Williamson caught Americans off guard when she offered a clear-eyed denunciation not just of Trumpism, but an inability of Democrats to tap into the frustrations everyday Americans have about economic and social injustice.

Additionally, Williamson was accused of telling people with HIV/AIDS in the 1980s spiritualism would cure them of the fatal disease, although she had insisted on the campaign trail she had only sought to comfort people afflicted with the deadly virus when medical help was limited.

In a statement posted to her website on Friday, Williamson said she had run for president to "forge another direction" for the country and to bring topics to the agenda which otherwise would not be discussed.

"As of today, therefore, I'm suspending my campaign", she wrote.

Williamson also made controversial comments suggesting she's skeptical of vaccinations, which are widely regarded in the medical community as safe and effective, and grew testy in interviews when asked about the issue.

Although she failed to qualify for the recent debates - and has averaged less than 1 percent in polling - her campaign raised $6.1 million over the first three quarters of 2019.

Looks like the White House won't get a much-needed sage-burning cleanse that Marianne Williamson likely would have implemented on Day One as President of the United States.

The first-time candidate had her fair share of inexperienced gaffes that endeared her to the internet, if not the public at large.

The author recently laid off her entire 2020 campaign staff, raising questions about how long she would remain in the race. Her departure winnows the Democratic field down to 13 contenders. "And yes ... love will prevail".