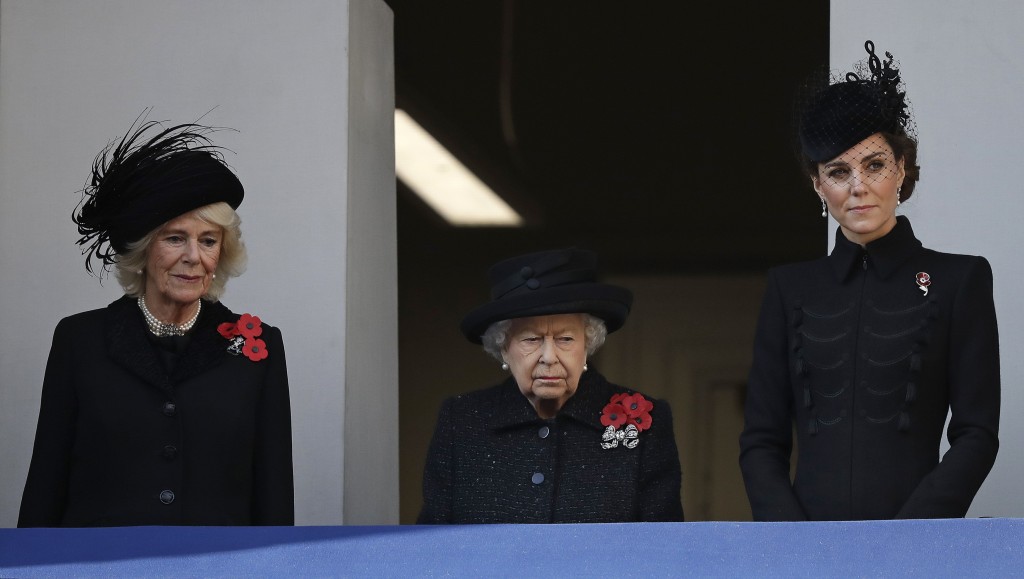 Following the ceremony, up to 10,000 veterans and servicemen and women were due to march past the Cenotaph to honour the fallen.

Other Remembrance Sunday ceremonies are taking place across the country and around the world, including in countries where the armed forces are now deployed, such Afghanistan, Estonia and South Sudan.

The service was marked by a minute of silence at 11 am local time.

The Prince of Wales laid two wreaths, one on behalf of the Queen and his own wreath.

After wreaths are laid, the Bishop of London, Dame Sarah Mullally, will lead a service of remembrance which will end with trumpeters of the Royal Air Force sounding Rouse (Reveille).

Remembrance Sunday is an annual ceremony commemorating the contribution of British and Commonwealth military and civilian servicemen and women in the two World Wars and later conflicts.

The Duke of Edinburgh, 98, a World War II veteran who served with the navy and was mentioned in dispatches for his part in the Battle of Cape Matapan, was not present.

Camilla, Duchess of Cornwall, Queen Elizabeth and Catherine, Duchess of Cambridge attend the annual Remembrance Sunday memorial at the Cenotaph in central London.

After the formal wreath-laying, thousands of veterans, war widows and their families marched past the monument to the sound of a military band, applauded by well-wishers lining the sidewalks. The crowd cheered as the veterans, the more elderly among them in wheelchairs, on motability scooters or leaning on walking sticks, passed the Cenotaph and saluted, eyes left.

Former prime ministers were also there.

The march past salute was taken by the Duke of York, who was accompanied by Ben Wallace, the defence secretary.