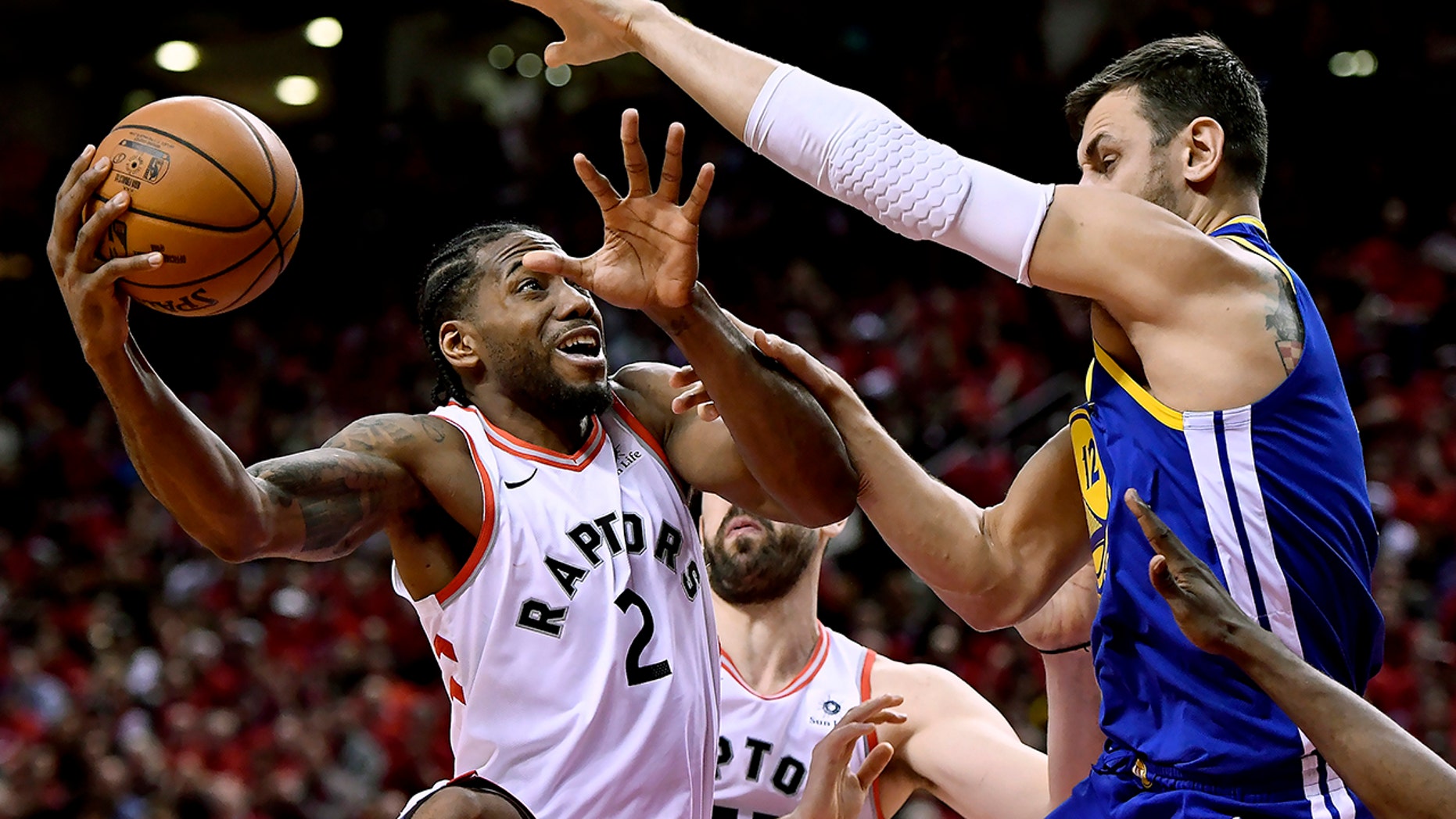 Leonard and the Raptors are now battling the Golden State Warriors in the NBA Finals.

The star forward has reportedly filed a federal lawsuit against Nike, claiming that the corporation trademarked his logo as their own without his consent, according to Matthew Kish of the Portland Business Journal.

The 2014 Finals MVP initially drew the logo during his college days at San Diego State, and he says the "Klaw" that appeared on Nike apparel was an extension and continuation of the original version. Leonard's contract with Nike ended in late September of 2018 and he is now with New Balance. Nike told Leonard earlier this year to stop using the logo, the lawsuit said.

According to the lawsuit, the logo included his hand, the initials "KL" and the number 2, which he wore for much of his career. He said that he wanted to use the logo for "clothing lines, footwear and on other products and, among other things, in connection with sports camps and charity functions, but Nike explicitly has objected to such uses".

Last week, reports surfaced that the Los Angeles Clippers had allegedly taken steps to acquire Kawhi Leonard's "Klaw" logo from Nike. His Raptors are even with Golden State in the championship series at 1-1 heading into Game 3 on Wednesday (Thursday in Manila).