Queen Elizabeth is morning the death of her beloved dog that died a few weeks ago at the castle where she and her husband Prince Philip spent their second coronavirus lockdown.

The Queen has been a life-long dog lover and is still famed for her pet corgis.

In 2018, Willow the corgi was put down when the dog was 15 after a cancer-related illness.

Queen Elizabeth II in Windsor Park photographing her corgis in 1960.

On Friday, several royal correspondents reported that Vulcan, a dachshund-corgi mix, has died. 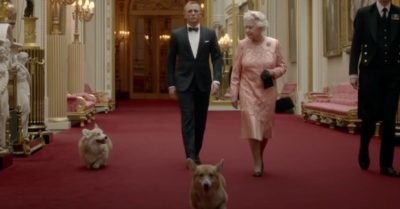 "However for those who have loved a dog know the truth: a dog is not just a pet; it is a member of the family, a best friend, a loyal companion, a teacher and a therapist".

The Queen has had 30 dogs over the years.

She allegedly mixed her late sister Margaret's dachshund with one of her corgis to create the breed.

While most corgis look almost identical, with a seemingly oversized head and stumpy legs, dorgis may differ.

Site MyDogBreeds explained: "The look of your dorgi can depend quite a bit on whether he looks more like a corgi or a dachshund, so, for instance, the coat can be short and smooth, or thick and coarse".

The sad news adds to what may be a lonely Christmas for the Queen. However, in 2015 she stated she didn't want to get any more dogs for fear of leaving a young pooch behind.so Candy might be her last pet.

"The fact is she worries about too many dogs around her feet and the danger she will trip up and hurt herself badly", a senior courtier told The Express.

Dec 05 2020
The latest on the coronavirus pandemic and vaccines