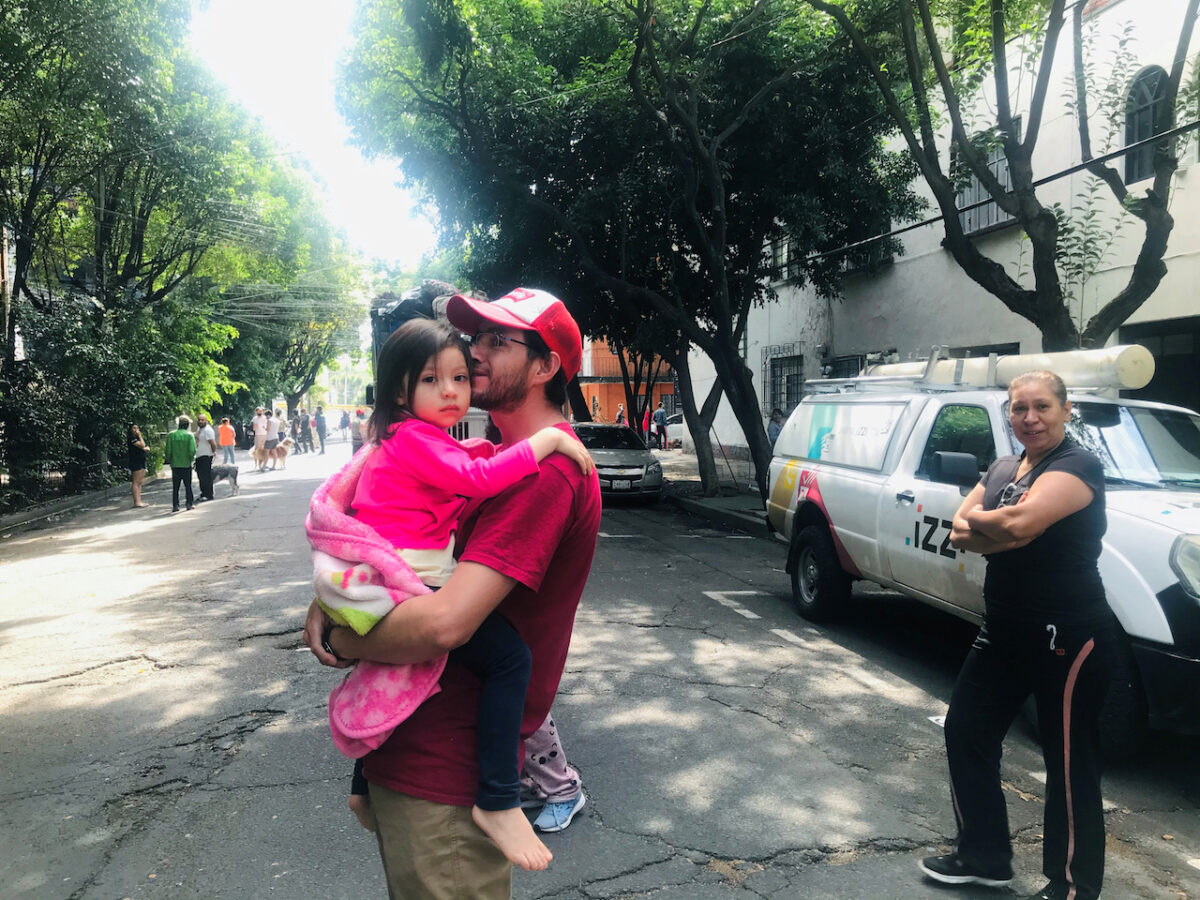 A 7.4 magnitude quake that hit southern Mexico on Tuesday killed at least two people, left others trapped under rubble and caused a fire at the nation's biggest oil refinery.

The tremor could be felt as far away as Mexico City.

Mexican Oil said its refinery in Salina Cruz in Oaxaca had been shut down as a precaution after a fire broke out at the plant "that was immediately stifled".

The Pacific Tsunami Warning Center sent an all-clear in the afternoon, saying the initial tsunami threat has now passed. One of the victims was a male employee of the state oil corporation Pemex, who fell from a structure for the duration of the quake and died from his accidents in the hospital.

The effects of the natural disaster near the Pacific coast in Oaxaca were minimal, because the phenomenon coincided in time with the tidal movement, the Pacific Tsunami Warning Center said.

No major damage to building or infrastructure has been reported yet.

The epicentre of the quake, with a magnitude of 7.4, was in the south-western state of Oaxaca.

We at ANUK have been checking in with supply-side friends in Mexico and California this week as two massive earthquakes hit each region. In the past 35 several years there had been quite a few highly effective quakes in the southern and central pieces of the place, which brought about extensive-scale destruction and hefty casualties.

On Tuesday the country recorded its highest number of cases in a 24-hour period, with 6,288 new infections, according to the Ministry of Health. Videos taken in the capital show buildings and power lines swaying, as what sounds like tiresome explosions ring out in the background.

Medical staff were evacuated from some hospitals in the capital alongside patients, although those suffering from the coronavirus remained isolated inside the buildings, alongside their caretakers.