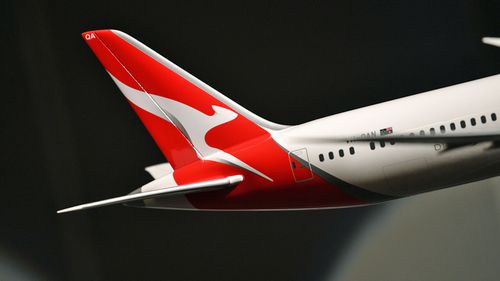 Australian airline Qantas announced Thursday that it has selected the Airbus A350-100 over its forthcoming 777X from Boeing as their future ultra-long haul aircraft.

Qantas Chief Executive Alan Joyce said the airline "had a lot of confidence" in the market for nonstop services from Sydney to London and to NY based on two years of flying nonstop from Perth to London, where it has achieved a 30% fare premium over one-stop rivals in premium classes and achieved NPS ratings above its network average.

Rico Merkert, a transport professor at the University of Sydney Business School, said the A350-1000 fit the Qantas brief well and was the safer choice, given Boeing has recently reported problems such as the grounding of the 737 Max, structural cracks in 737 NGs and a fuselage split in a stress test of its 777-9.

Singapore Airlines operates the world's current longest flight, almost 19 hours from Singapore to NY, using an ultra-long range version of the smaller A350-900. "Airbus will add an additional fuel tank and slightly increase the maximum takeoff weight to deliver the performance required for Sunrise routes". Qantas hasn't placed an order yet, but if the non-stop routes go ahead, it'll purchase 12. But on Friday, he said he was delaying this deadline to March 2020.

So far, Qantas has conducted two out of its three planned test flights. "The discussions are aimed at closing the last remaining gap in the Project Sunrise business case".

Qantas will run its final trial flight from NY to Sydney later this month. Based on current data, the airline has been provisionally told by the Civil Aviation Safety Authority "that it sees no regulatory obstacles to the Sunrise flights", it advised in a statement.

Qantas said this played a role in its decision, particularly as it's still negotiating how it would compensate its cabin crew for the flights, which could entail working for up to 22 hours straight.

The airline is also discussing with the pilots' union ways to make long-range flights viable, granting a three percent increase in wages and promotion opportunities for long-range flight crew. Qantas are now looking at new cabins across First Class, Business, Premium Economy, and Economy. If the direct flights do become a reality, they'll take place on Airbus A350-1000 planes, which have been in use in the industry for more than two years. "We'll only commit to this investment if we know it will generate the right return for our shareholders given the inherent commercial risks", Joyce said in his statement.