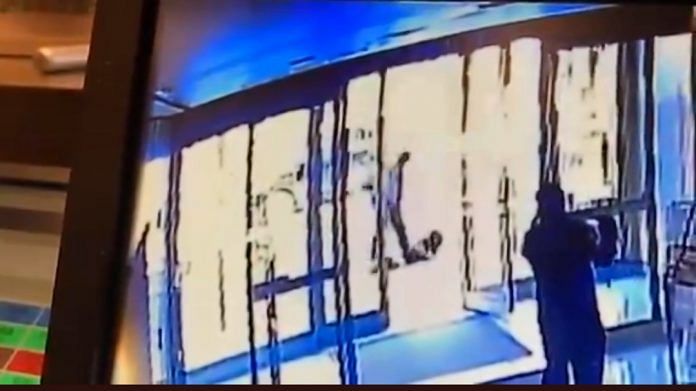 A man brutally attacked a 65-year-old Asian woman in broad daylight in Midtown Manhattan on Monday, stomping her several times and reportedly yelling racial remarks, the New York City Police Department said. The man was repeatedly beaten in the head and choked until he was unconscious. Stop AAPI Hate, a hate crimes watchdog, has said they have received more than 2,800 reports of firsthand experiences with racism from Asians and Asian Americans since the start of the coronavirus pandemic.

"You don't belong here", to the victim, who was later taken to NYU Langone Hospital.

The issue gained national attention earlier this month after six Asian American women and two others were murdered by a gunman who attacked massage parlors in Atlanta.

Police told multiple news outlets that the attack happened on Monday when the victim was walking in front of an apartment building. Security guards loitering in the lobby of the building, owned by Brodsky Organization, are seen watching the attack while doing nothing. One of them then shuts the door as the suspect walks away and the woman is left on the ground.

The NYPD's Hate Crime Task Force is investigating the attack and has asked anyone with information to contact the department, offering up to $US2,500 ($3,285) as a reward.

NY accounted for the largest surge from three in 2019 to 28 in 2020, a 833 percent increase in anti-Asian hate crimes. The company that manages the building where the attack occurred says it has suspended the employees who did not offer aid to the woman, pending an investigation. He condemned the attack as "yet another example of the unbridled hate and terror" against Asian-Americans.

The second attack, outside of a luxury apartment complex in Manhattan, shows a black man approach an elderly Asian woman on the street and kick her to the ground.

Shea recently said the agency would increase its outreach and patrols in predominantly Asian communities. According to a report from Stop AAPI Hate, more than 3,795 incidents in the United States were reported to the organisation from March 19, 2020, to February 28, 2021.