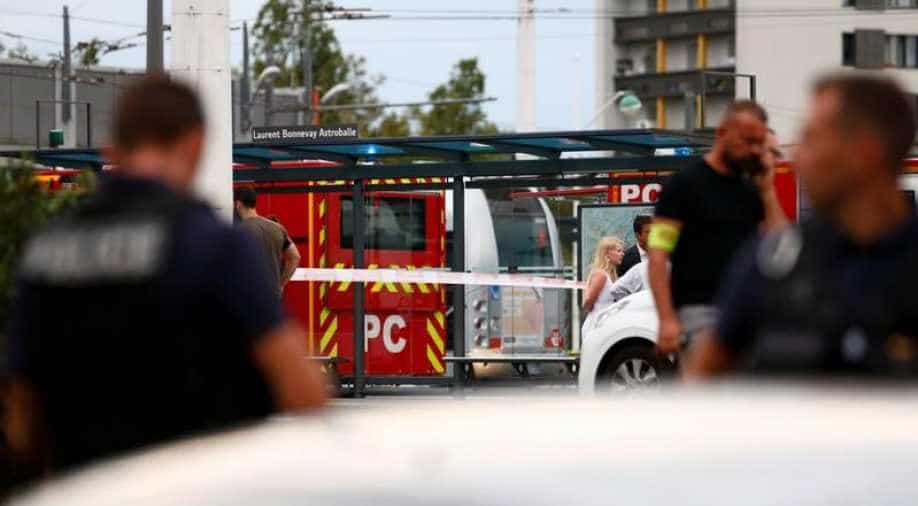 The police official said officers had cordoned off the stabbing scene, including the former Charlie Hebdo offices, after a suspicious package was noticed nearby.

A high-profile trial is underway in that case at the Paris courthouse.

Initial reports had indicated there were two attackers but police later emphasised there appeared to have been just one. Children were being sequestered in nine schools while police worked to determine no other suspects were on the run, according to education and police officials.

The man was detained near the sprawling Place de la Bastille, police said, adding he was the only suspect in an attack.

"I looked out of the window and saw a woman who was lying on the ground and had taken a whack in the face from what was possibly a machete", she said. The magazine's current address is kept secret for security reasons.

It is unclear what motivated the attack Friday or whether it had any link to Charlie Hebdo, which moved offices after they were attacked by Islamic extremists in 2015, who killed 12 people inside.

Perhaps notably, 14 people suspected of being accomplices to the 2015 attack are now in court.

The court heard that they had sought to avenge the Prophet Mohammad, almost a decade after the weekly published cartoons mocking him.

French street artist Christian Guemy, aka "C215" in Paris pays tribute to the members of the satirical newspaper Charlie Hebdo attack by jihadist gunmen in January 2015.

More than 100 French news outlets called on people to support the magazine amid the threats.

The trial in Paris had resumed Friday following a day's pause after a suspect's coronavirus test came back negative.

The hearing for the fourteen suspects, which opened on September 2, was postponed on Thursday after Nezar Mickael Pastor Alwatik fell ill in the stand. The magazine was the target of a deadly terrorist attack in 2015.

He was back in the box on Friday after the presiding judge informed defence and prosecution lawyers by SMS late Thursday that the test results allowed for the trial to go ahead.

Download the EWN app to your iOS or Android device.