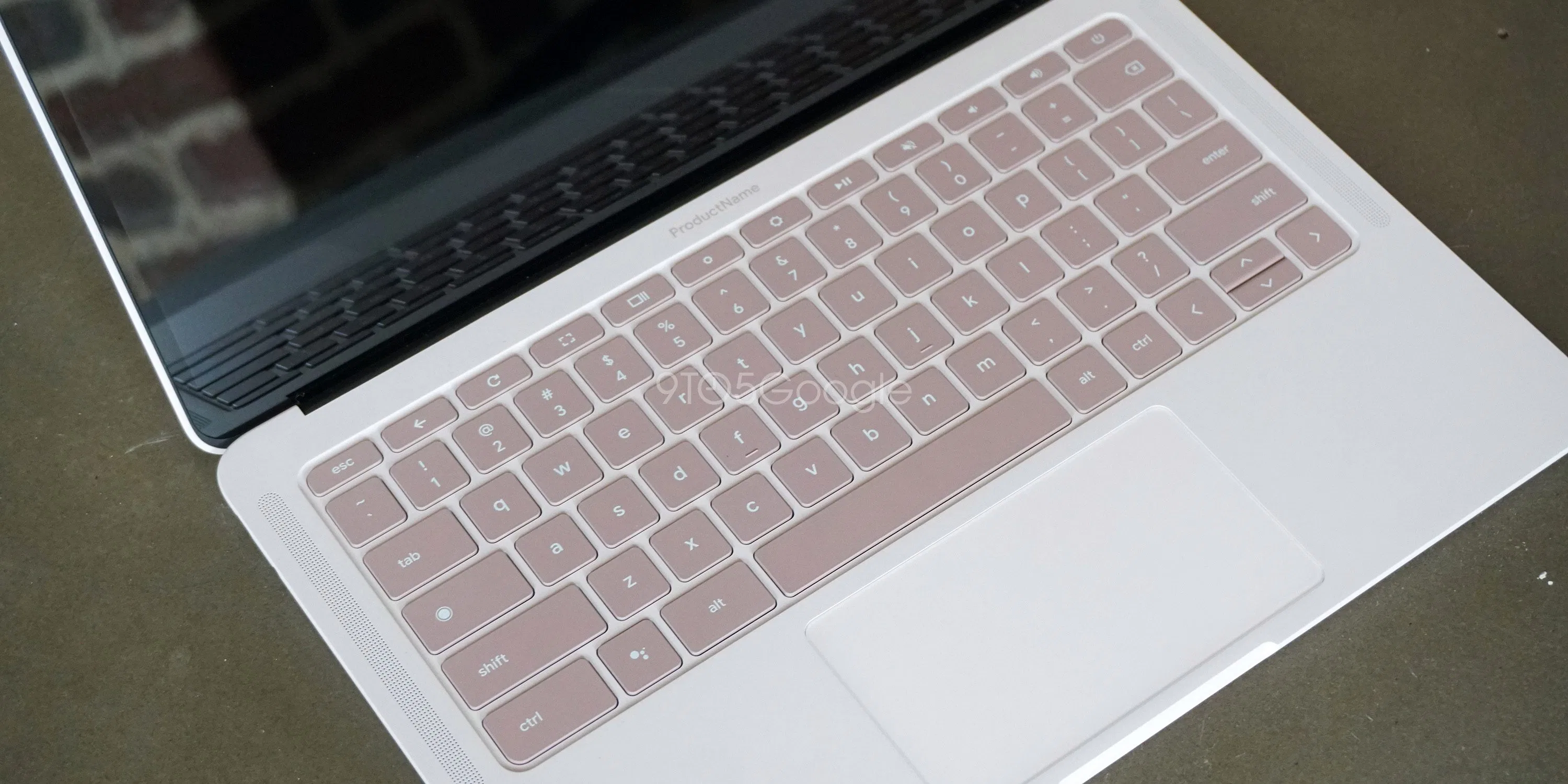 9to5Google has an extensive report with a gallery of images of the new device.

This Pixelbook Go prototype has a coral-colored bottom that features ripples.

The Pixelbook Go will be officially unveiled on October 15th at Google's media briefing in NY. The top is some sort of soft-matte finish, similar to what you might find on Google's Pixel phones.

Like the Pixelbook, the Pixelbook Go will have a premium metal exterior, albeit not quite as sleek and sober. As previously rumored, the system features a 13.3-inch display although this model is equipped with a Full HD screen, not the rumored 4K display.

The video also illustrates the audio quality of the prototype's two front-facing speakers, which according to 9to5Google, deliver exceptional sound.

The device will come with a range of processor options from Intel, including Core m3, i5 and i7 options and ofter local hard drive options of 64GB, 128GB, and 256GB.

The Pixelbook Go will be the successor to the $US1,000 Pixelbook, a great, sleek Chromebook running Chrome OS released in 2017 that was too expensive for a laptop that essentially exclusively runs the Chrome web browser, Android apps, and a few select apps specially built for Chrome OS.

This is obviously the newest Chromebook from the company, and hopefully Google won't bust itself up with ridiculous pricing like the Pixel Book. For connectivity, this laptop might come with Two USB-C ports, 3.5mm headphone jack, WiFi and Bluetooth options. Even Google went so far as to reveal the front and back design of the device in brief - but now we've seen pretty much everything.