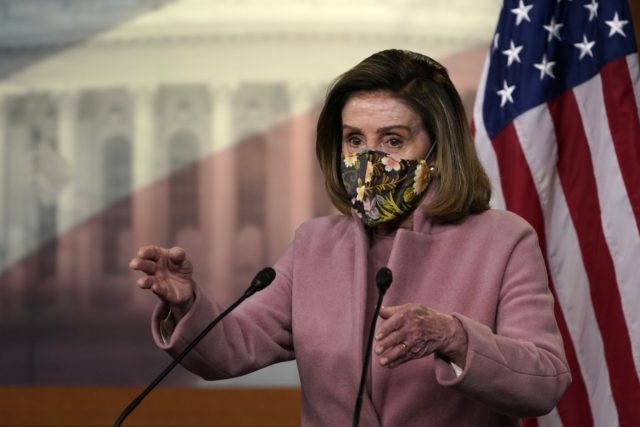 An independent commission is to be set up to examine the "facts and causes" of the January 6 Capitol riot which claimed five lives.

A letter was sent to House Speaker Nancy Pelosi on Monday signed by many ranking House members, asking her to answer "many important questions" about security-decisions in the time leading up to the Capitol riots on January 6.

The commission, she said, "would investigate and report on the facts and causes" of the attack; "the interference with the peaceful transfer of power"; and the "preparedness and response" of both the Capitol police and other branches of law enforcement.

Bipartisan support emerged for such a commission during the second impeachment and Senate trial of Donald Trump, even if there weren't ten more senators with the conscience and cajones enough convict him.

Even Republican Sen. Lindsey Graham of SC, an ardent support of Trump who voted for acquittal, acknowledged that the former president's words and actions contributed to the violent insurrection that killed five people, including a police officer, and disrupted lawmakers' certification of Biden's White House victory.

Russel Honoré, who was tapped by Pelosi to assess security after the attack, in his "interim reporting" indicated the necessity for improved safety measures, Pelosi said.

"There should be a complete investigation about what happened", said Sen. Bill Cassidy, one of seven Republican senators who voted to convict Trump during his trial Saturday.

Sen. Chris Coons, a Delaware Democrat and close ally of President Joe Biden, agreed that Americans still don't know the whole truth about what happened, who is responsible and how it could have been prevented.

After Trump's dozens of lawsuits failed to gain any traction, the former president began to pressure state and local officials to overturn the results.

The tally was 10 votes shy of the 67 needed to convict Trump.

The 74-year-old former president is already the target of at least one criminal investigation, led by Manhattan prosecutor Cyrus Vance, who has been fighting for months to obtain eight years of his tax returns.

Sen. Lindsey Graham (R-S.C.), who voted for Trump's acquittal, said he wants to know more about the timeline of the president's actions and what Congressional leaders knew about the potential threat.

"His behavior after the election was over the top", Graham said. But Cassidy said he's confident his fellow Republicans will support beefed-up scrutiny as more details about the riot spill out. McConnell had voted to acquit Trump, arguing impeachment was unconstitutional since he had left office. She added: "But, listen, we didn't need more witnesses".

Republican Senate leader Mitch McConnell, moments after voting to acquit Trump on the charge of inciting the insurrection at the Capitol, said there is still "no question" that Trump was "practically and morally responsible for provoking" the deadly assault.