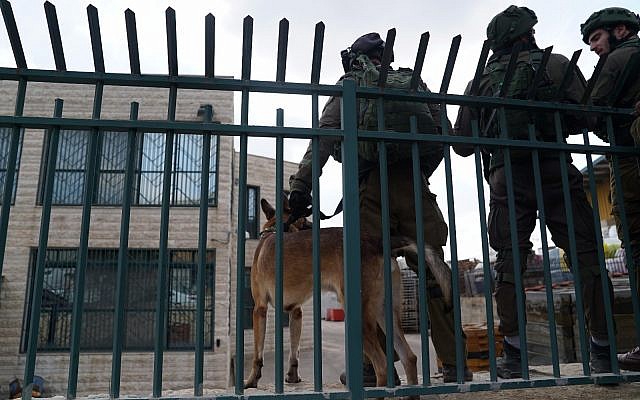 Na'alwa was an employee at the factory in Barkan, some seven kilometers west of the settlement city of Ariel in the northern West Bank, where the brutal shooting attack took place.

Israel's national ambulance service said a man and two women were shot in the attack in area, where almost 5,000 Palestinians are employed in Israeli-owned businesses.

Meanwhile, the third Israeli settler, who was shot and severely injured in her stomach, was transferred to to the Beilinson Hospital at the Rabin Medical Center to receive medical treatment and is reported to be in moderate condition.

The Palestinian used a homemade gun in the attack, known locally as a Carlo, according to Conricus. He said it appeared to be a "lone-wolf attack" and that security forces were searching for the suspected perpetrator.

Israel's President Reuven Rivlin and USA ambassador David Friedman both condemned the shooting in the Barkan industrial zone, where thousands of Palestinians and an equal numbers of Jewish Israelis have worked side-by-side for decades, as an attack on coexistence.

The suspected assailant worked at the park, which employs both Israelis and Palestinians.

Surveillance camera footage broadcast on Israeli television showed a man armed with a rifle fleeing down stairs and running away from the factory.

Gaza's Hamas rulers and other militant groups praised Sunday's attack, but none claimed responsibility for it.

Naalwa was employed at the same plant in the northern West Bank site as his two victims - Kim Levengrond Yehezkel, 28, and Ziv Hagbi, 34.

Israeli Prime Minister Benjamin Netanyahu, for his part, vowed to bring the attacker to justice.

The army called the shooting a "terrorist attack", adding however that other unspecified factors were involved.

Barkan industrial park is next to the settlement of Barkan and was established in the early 1980s.

Oct 09 2018
Planet has only until 2030 to stem catastrophic climate change, experts warn