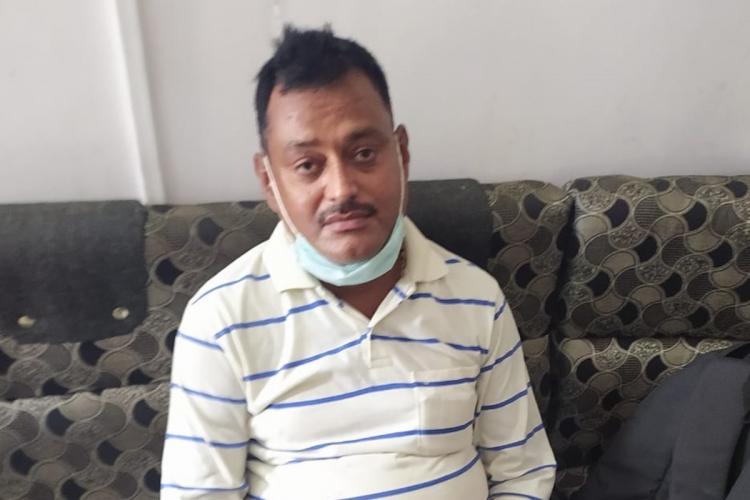 Vikas Dubey, who was reportedly killed in an encounter by the Uttar Pradesh police on Friday, was being taken by them to Kanpur from Ujjain without obtaining a transit remand from a local magistrate, said the Madhya Pradesh police.

According to reports, Dubey was seen travelling in safari auto earlier and the vehicle which turtled before the encounter was a TUV300 SUV.

Several media persons following the police convoy ferrying Dubey from Madhya Pradesh to Kanpur city of UP after his surrender at a public place, have also questioned the sudden police action to bar their movement.

The gangster was arrested by the police in Ujjain on Thursday morning.

Vikas Dubey, who is accused in 60 cases of murder, robberies, and kidnappings, came into the national spotlight last week when his gang killed eight policemen. The first pertains to the circumstances under which he was taken into custody from near a temple, considering that the Uttar Pradesh Police were hot on his heels and had managed to eliminate his key aides.

After the killing of eight policemen, Uttar Pradesh's state chief, who has been working on cracking down on criminals since coming into power in 2017, had stated that the sacrifice of the policemen would not be in vain and that they would soon find Dubey.

Dubey, in his 40s, had given himself up in the central town of Ujjain on Thursday after a weeklong search.

Rashtriya Janata Dal (RJD) leader and Rajya Sabha MP Manoj Kumar Jha also criticised the Uttar Pradesh government over the encounter saying the "black truth" of the entire "syndicate" has also been "encountered" along with Dubey.

Adityanath's government has pledged to root out crime from the state and his tenure has coincided with a rise in the number of criminals dying in police shootouts.

Earlier this month, he attacked a police search party in Bikru village after he was informed about an impending raid. Dubey had a bounty of $6,650 (INR 500,000) on his head. One Vikas Dubey has died, but ten others will replace him.

Samajwadi Party supremo Akhilesh Yadav on Friday raised questions on gangster Vikas Dubey's encounter killing after an accident, saying the vehicle did not topple but it was an effort to save the government from toppling if facts came to light.

Questions "How did he kill someone inside police station?"

A nationwide manhunt was launched, during which five of Dubey's associates - including his bodyguard nephew - were killed.