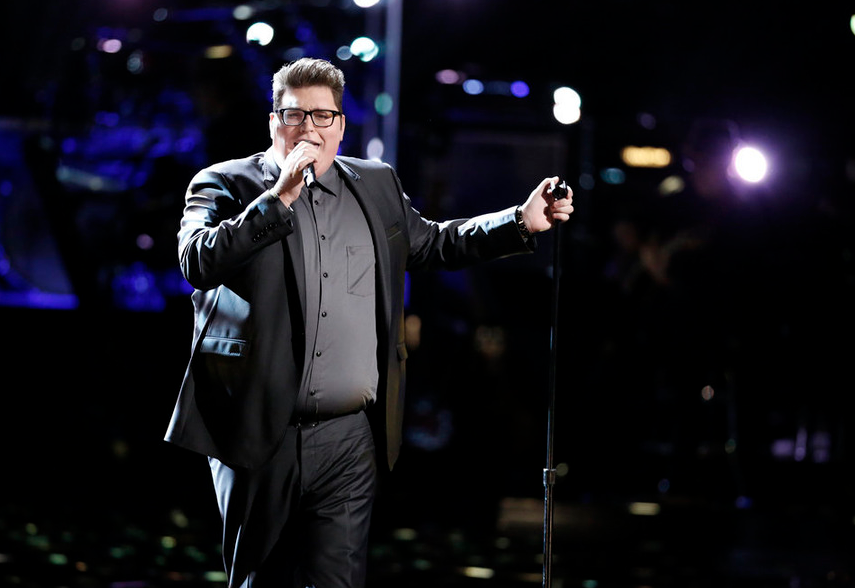 Spending the last few weeks as a member of Season 9 of "The Voice", Vachal has made it into the Top 20 and, starting tonight, the Live Playoffs.

"For its sentiment. I never performed it before the show". Blake said afterward that it's hard to believe Blaine also sings country music. Pharrell too was impressed by the choice of the song.

Artists will perform live and America will vote to save their two favorite artists from each team. Gwen praised Mitchell for his style and outfit and Adam was proud of his decision to bring Blaine in his team.

Team Gwen's Regina Love was the next contestant to perform on stage.

Gwen said, "What was that?!" "I didn't get to turn around for her because my team was full and I regret not being able to fight for her. Amy can really sing. And when you don't have a big giant voice, you've got to capture the world with your imagination and creativity".

Adam said Keith really established his identity as an artist with the performance. She performed "You're No Good" by Linda Rondstadt. Adam emphasized how special her ability is, given that she's only 17 years old.

Pharrell said, "Easily the best performance of the night and [Gwen] was totally right to take an emotional path. You emotionally dug the lyric and the song".

Gwen said Jeffery didn't come off as a Voice contestant, but as an actual recording artist. Braiden Sunshine was next to perform and she sang "Everything I Own" by Bread.

Gwen said she feels so protective of him, adding that he looked cute. Blake begged her to record a holiday album. Adam said she did the best job she could do. The top two performers from each team will move through to the live performance shows and coaches Adam Levine, Blake Shelton, Gwen Stefani and Pharrell Williams will save one remaining artist from their team.

Korin Bukowski from Team Gwen was the next contestant and she performed "Adia" by Sarah McLachlan. She wore a red dress - and no glasses - for the performance. Blake compared her voice to that of Trisha Yearwood and says that she should be on his team. The comeback artist challenge brought a refreshing change in the competition. That said, I can't find fault with this vocal.

Closing out the night was Jordan Smith, who belted out Beyoncé's "Halo". He received a loud ovation from the studio audience afterward. Both ladies are members of Team Gwen.

The "Sam Smith-esque" soul singer is consistently nailing his performances every time he hits "The Voice" stage.