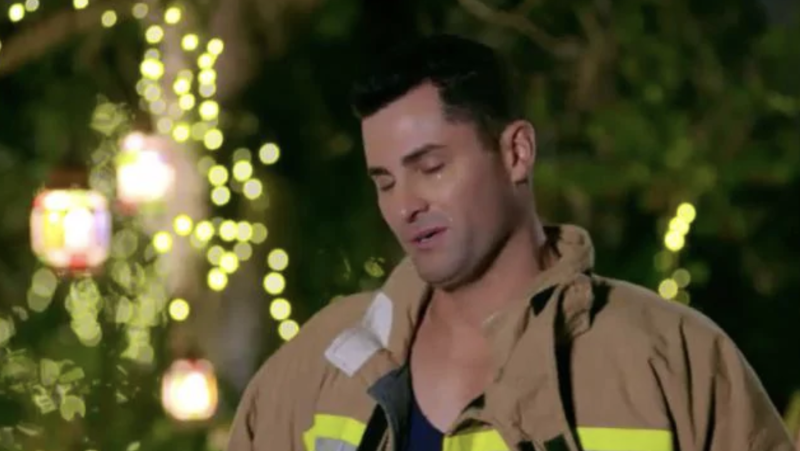 "Obviously I named my profession just like other guys were fire fighters or ex-army soldiers, I'm a local councillor, so I didn't worry about that at all", he said.

When told Angie would confront him about his behaviour, Glasgow said, "Bring it on, bitch".

Cr Glasgow said earlier today he would not resign from his position, over "a one-off mistake".

"This is one day in my whole political career in Noosa that I made probably the worst judgment ever and I won't resign because I still hold utmost respect for Noosa, its community and its people".

In another scene on last night's episode, Cr Glasgow made a comment about a fellow contestant not trying to kiss Ms Kent.

I am embarrassed for us as a region and I feel for the attractive people of Noosa who work hard to maintain an impeccable brand based on not just only this wonderful region, but because they are genuinely good, caring, respectable people.

"Having now viewed last night's second episode of the program, I have spoken to Cr Glasgow and told him to seriously consider resigning from his position as Councillor on the Noosa Council".

"I still work for the people and I've been doing great before this and I'll do great after it". "I've kissed plenty of girls and they've turned their heads before; I'm used to it".

Cr Glasgow said he was just "making drama and entertainment" to get ratings. In other footage, contestants claimed that Glasgow had made sexual comments about female members of the crew that had made them feel uncomfortable.

Yesterday, Noosa mayor Tony Wellington said he had asked Councillor Jess Glasgow to resign following his "crude and misogynistic behaviour" on The Bachelorette, which sees a group of male suitors romancing one eligible lady.

"Only the State Government, through the Council of Conduct Tribunal or the minister himself, can take that sort of action", he said.

"Whilst I do not have the legal authority to remove a sitting councillor, he has arguably brought the Council into disrepute and undermined the good reputation of our Shire".

"Absolutely I cringed, it's not me at all, it's reality TV".

"If there is anything in my entire life that I've been super sure of, I will never allow a man to come in and fuck with my sisterhood".

Oct 13 2019
Bella Hadid, The Weeknd spend time together after split