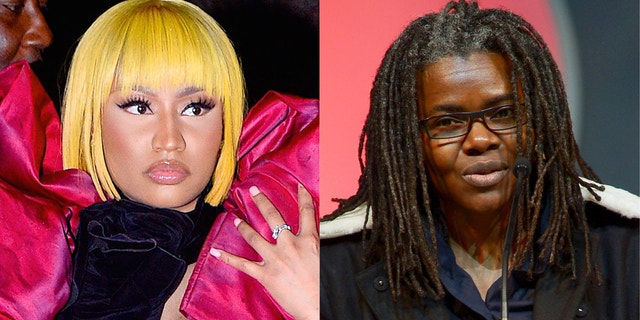 Chapman originally filed her lawsuit in October 2018, saying that Minaj's song "Sorry", a collaboration with Nas, used both the lyrics and vocal melody from one of Chapman's songs, "Baby Can I Hold You", which was released in 1998.

AllHipHop.com can exclusively reveal that Nicki made an offer to pay Tracy Chapman $450,000 to make the lawsuit disappear, and the offer was accepted.

The suit added that Minaj used "these parts of ['Baby Can I Hold You'] without first seeking the authorization to do so", also claiming that the interpolation of "lyrics and vocal melody comprise approximately half of ['Sorry'], and are easily recognizable and identifiable as Chapman's". Before the release of her 2018 album Queen, Minaj said that issues with clearing the sample for the song would delay the album's release (the song did not appear on Queen's tracklist). When that didn't help, Minaj appears to have enlisted Flex to play the record, according to his social media account.

"This is just a ideal storm". "She's associated with the infringement because she's an author on the song and she made a derivative work that was then distributed without authorization". He said, "Nicky gave me something and I put it out to the public".

Nicki's lawyers argued that a ruling in Chapman's favor "would impose a financial and administrative burden so early in the creative process that all but the most well-funded creators would be forced to abandon their visions at the outset".

Following news of the judgment, a rep for Minaj told Pitchfork, "We settled for one reason only".

Judge Phillips still however still went ahead with setting up the trial, to look into how the song leaked and was ultimately distributed. She did, however, tweet about not being granted sample clearance from Chapman. "This lawsuit was a last resort".

TheGrio is now on Apple TV, Amazon Fire, and Roku.