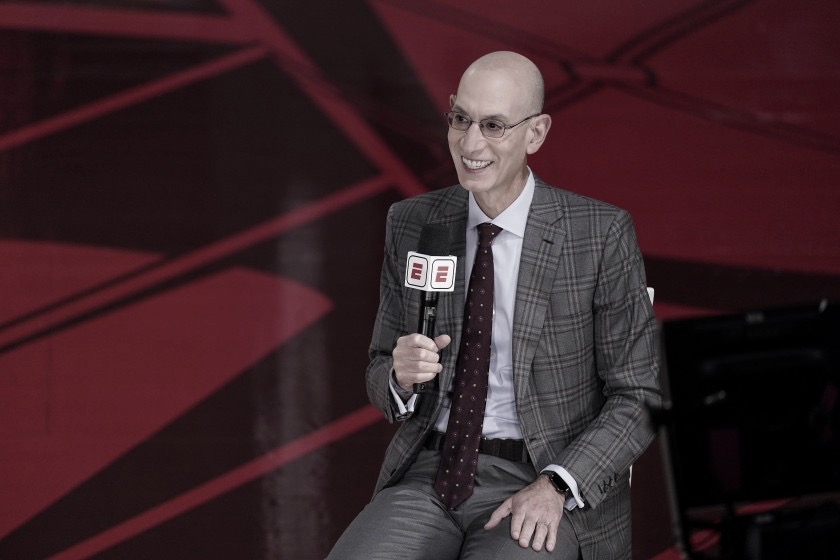 That left the team with eight available players, but in light of recent postponements, the Celtics have all but certainly had more enter protocols, notes ESPN's Tim Bontemps. Team meetings will be limited to 10 minutes and all staff in attendance must wear facemasks.

Dowell/Orlando Sentinel/Orlando Sentinel/TNS The Orlando Magic at Boston Celtics game Wednesday night in Boston was postponed due to COVID-19 exposure and contact tracing among the Celtics, the National Basketball Association announced Tuesday.

Embiid's Sixers were forced to play their game against the Denver Nuggets on Saturday despite being severely shorthanded due to a positive COVID-19 test by guard Seth Curry.

Dallas has three players listed as out due to the NBA Covid-19 protocols - Jalen Brunson, Josh Richardson and Dorian Finney-Smith - and Maxi Kleber listed as questionable for the same reason. If we have to cancel a game or pause, I'm for whatever we have to do.

Among the new policies: for "at least the next two weeks", the league and union said, players and team staff will have to remain at their residence when in their home markets and prohibited from leaving their hotels or having outside guests when on the road. The league has already placed players who previously had the virus - Brooklyn's Kevin Durant and Miami's Bam Adebayo are two examples - into weeklong health and safety quarantines after exposure to an infected person over concern of reinfection or spreading the virus. All other team meetings must be held in a socially distanced manner. All treatment sessions at a hotel, such as massages and physical therapy, must occur in a ballroom or other large open space, with at least 12 feet between individual stations.

Coaches and other team staff must wear facemasks at all times during games.

Players now have to limit interactions with other players to elbow or fist bumps, with no extended socializing. These interactions also require both masks and face shields.

Facemasks: All players must wear facemasks on the bench at all times. Upon exiting the game, and prior to returning to the bench, players can sit in "cool down chairs", arranged at least 12 feet from the bench with each chair six feet apart, where facemasks are not required.

If a team has a positive case, it can require up to five consecutive days of "twice-per-day, lab-based testing, in addition to daily point-of-care testing".

They must also now always wear masks in the locker room, when doing strength and conditioning, and when traveling with anyone who isn't a household member.