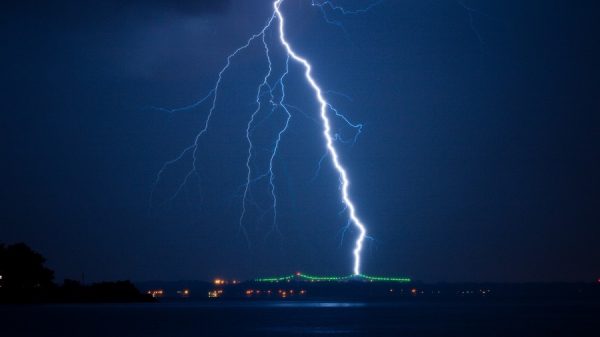 The 45-year-old man isn't the first to be killed in a scenario like this.

Troopers said that the man's helmet had burn marks and cracks on it. His identity wasn't immediately released.

Following the crash, the Florida Highway Patrol posted a photo of the man's helmet on social media, saying that the lightning had shattered it. "Unfortunately he did not survive the crash", authorities wrote.

The motorcyclist was hit while traveling southbound on I-95 in Volusia County in the afternoon, according to Florida Highway Patrol.

The 45-year-old man from Charlotte, N.C., who has not yet been identified, was hit just before 3 p.m. The trooper was on vacation in Florida, a Highway Patrol spokeswoman told the Daytona Beach News-Journal.

According to the National Weather Service, it's the metal roof and metal sides on vehicles that keep them safe from lightning. Only about ten percent of people who are struck by lightning are killed, leaving 90 percent with various degrees of disability. Out of the estimated 25 million strikes that make land contact in the USA each year, only 47 people are killed as a result.