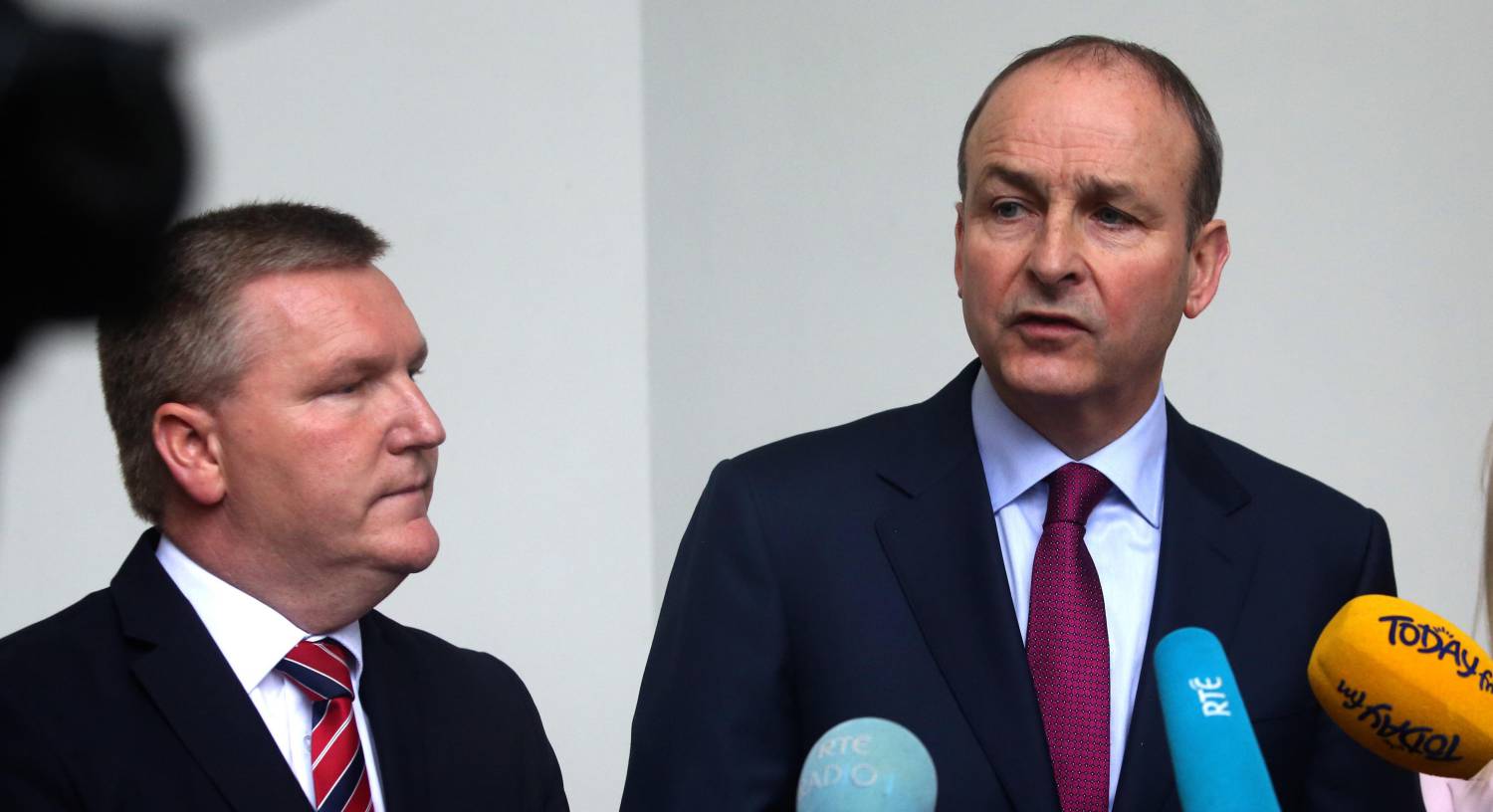 The members of Fine Gael, Fianna Fáil and the Green Party voted yesterday to back an historic coalition government which will take power today.

The election came on the day the new coalition government between Fianna Fail, Fine Gael, and the Green Party was formed after months of talks followed the general election held in February.

The party leaders signed off on the five-year plan for government.

The results of the Green Party vote is expected around 8pm this evening with voting only closing at 12pm on Friday, with the result more hard to call.

Lawmakers from Ireland's two dominant center-right parties agreed to govern together for the first time in a deal that will put the Greens at the center of policymaking and end a political stalemate triggered by an inconclusive election in February.

Under the agreement, Fine Gael is set to regain the post of Taoiseach at the end of 2022.

The one-time fringe party won the popular vote with 24.5 percent of first preference ballots, becoming the second-largest force in parliament and is expected to become the main opposition party.

"I am committed to ensuring that this programme for government is fulfilled by our Green Party TDs, senators and ministers, and will continue to engage within the party to do so". He said they now have a mandate to go forward with it. With no clear majority for any one party, Leo Varadkar has headed a caretaker government.

Counting of Fianna Fáil votes is now underway but tallies appear to be showing a more convincing backing of the Programme for Government than was expected prior to voting.

The new government will be ratified at a special meeting of the Dáil sitting at the Convention Centre, to comply with Covid-19 social distancing rules.

It has 37 seats in the fractured 160-seat parliament, the same number as Fianna Fail and two more than Fine Gael.