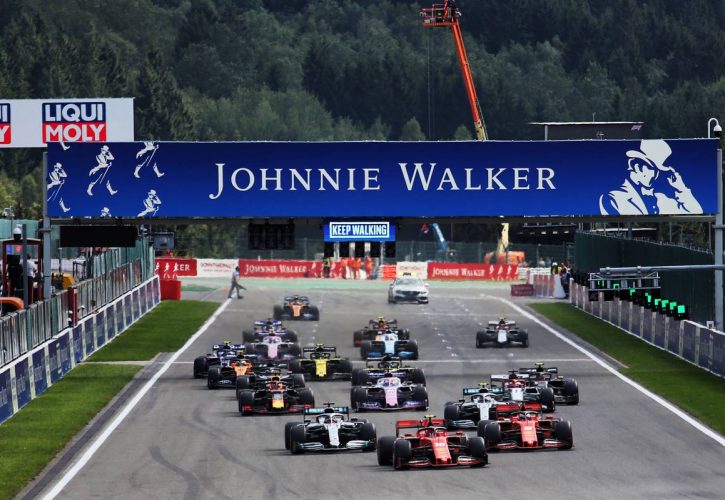 To further reduce costs for teams, some of which are struggling financially due to the delayed July start of the 2020 season, the FIA agreed to reductions in aerodynamic and power unit testing for 2020 and 2021.

The FIA's World Motorsport Council on Wednesday ratified a raft of new measures, including a budget cap, vehicle and engine development limits, and aero development handicap rules, following weeks of discussions between teams.

It means that the lower a team finishes in the constructors' championship, the more wind tunnel time it gets the following year to develop the team's auto.

Teams already face restrictions over the amount of aerodynamic work they can complete at their factories, but from 2021 the restrictions will be biased against the previous year's championship position on a sliding scale.

Part of F1's problem has been a clear divide between the teams in terms of budget and resources, which with these extensive changes is hoped to result in a more competitive field.

"A uniform budget cap, in concert with more even distribution of revenue among the teams, will ensure greater competition and more people wanting to watch live and on TV, driving more sustained revenues to underpin the long-term financial health of the teams and the sport". This initiative is created to reign in the advantage of the bigger teams while helping those with lesser resources compete more evenly.

The development of many components will be frozen for 2020 and 2021.

"We do a reasonable job at it, by no means do we do it the best, and we could do it better, but we have been doing it a long time and I think we have put systems and groups in place that know how to work in a cost-driven environment, and I think that's going to help us".

- A minimum weight increase of 3kg to 749kg, from next year.

This is because the 18-inch Pirelli tires that were due to be introduced in 2021 were also pushed back to 2022.

Amendments have also been made to the Financial Regulations outlining further exemptions from the cap costs, such as staff medical programs, costs incurred for staff entertainment - capped at $1m - and projects undertaken to assist the FIA.

McLaren's team principal says it will be a "massive and painful task" to meet new spending limits to be imposed on Formula One teams from 2021.