Many killed after mass shooting ‘during union meeting’ in US 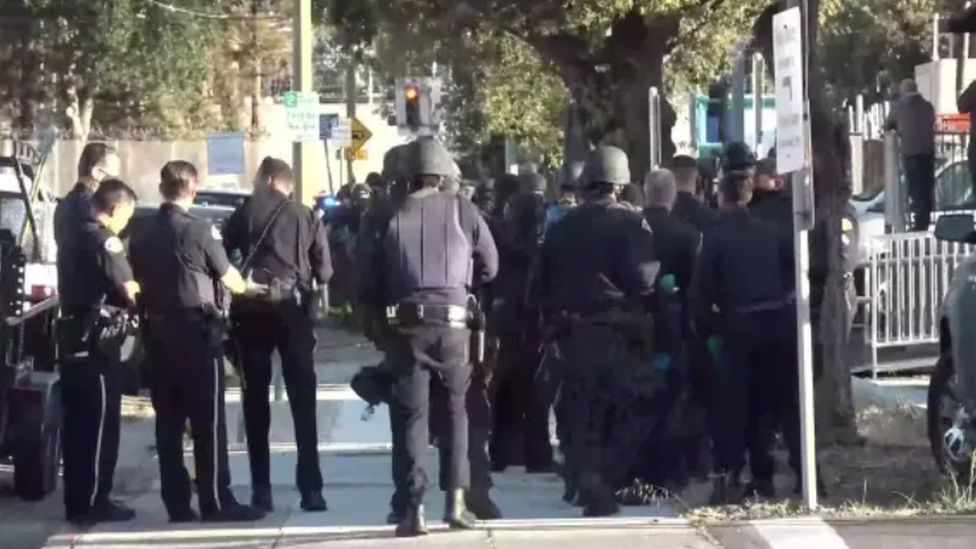 The United States has a long and painful history of deadly gun violence, in the form of a steady daily toll of shootings as well as high-profile mass killings that have targeted schools, work places and shopping centers.

Deputy Secretary of State Russell Davis, a spokesman for the Santa Clara County Sheriff, said the number of casualties could not be determined.

The suspect is also deceased, police say, and the scene is safe.

Police did not immediately give any details on how the shooter was killed, or about the type of weapon used.

The photo was taken at a light rail facility next to the Santa Clara County Sheriff's Office, across the freeway from the airport.

US News Live UpdatesThe VTA provides bus, light rail and other transit services throughout Santa Clara County, the largest in the Bay Area and home to Silicon Valley.

Police said some of the victims were employees at the site.

The shooting occurred at about 6:34 a.m. PT at a VTA control center, which Davis described as a hub that stores multiple VTA trains and a maintenance yard.

San Jose mayor Sam Liccardo took to Twitter to express his pain at the loss of the victims' families and mourned the death of VTA workers.

"We are in close contact with local law enforcement and monitoring this situation closely", California Governor Gavin Newsom tweeted.