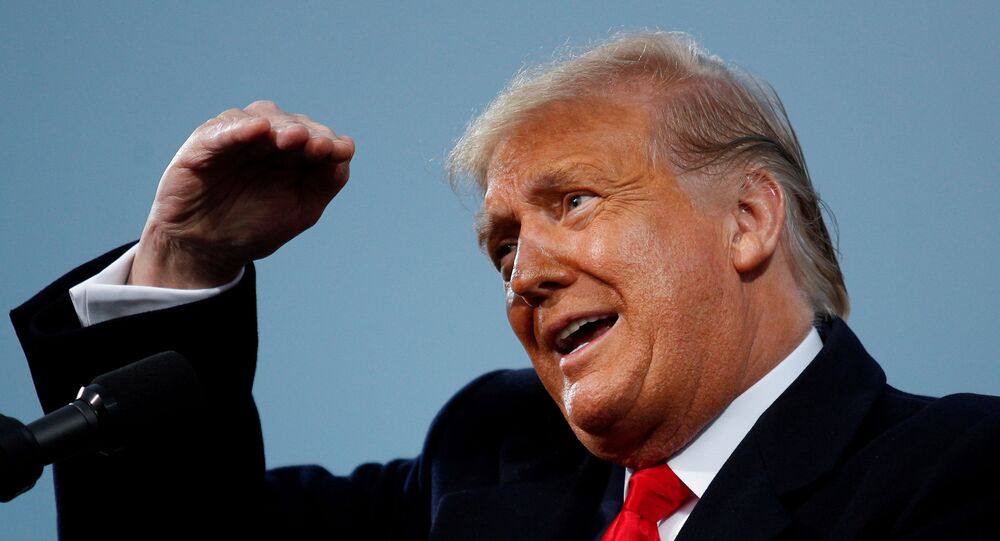 The Manhattan district attorney said press reports suggesting potential misdeeds by President Donald Trump and his company could justify a grand jury subpoena of the president's taxes and other financial records.

Lawyers working for the office of Manhattan District Attorney Cyrus R. Vance Jr. issued a new filing in the US Court of Appeals for the Second Circuit on Monday, arguing that a grand jury probe could be initiated exclusively based on misstatements and other public allegations about the president's finances.

Vance's office began investigating the president after two women who claimed they had affairs with Trump received hush-money payments before the 2016 election.

The brief reads, "In particular, if misstatements about business properties, wherever located, were conveyed from that business' headquarters in NY to New York-based business partners, insurers, potential lenders or tax authorities, those misstatements could establish NY crimes such as Scheme to Defraud (Penal Law § 190.65), Falsification of Business Records (Penal Law § 175.10), Insurance Fraud (Penal Law §§ 176.15-176.30), and Criminal Tax Fraud (Tax Law §§ 1803-1806), among others".

Attorneys for Trump have argued that Vance, a Democrat, is just trying to smear the president with an overly broad investigation that has no legal basis.

In Michael Cohen's book about working for Donald Trump as the president's personal lawyer and 'fixer, ' he openly states that Trump had him adjust values - from slight fudging to outright lies - of Trump properties in order to obtain loans, tax reductions, and other benefits he would not have been entitled to, claiming much higher property values, or much lower, depending on the aim.

Dunne argued that "a mountainous record of criminal convictions and public allegations of misconduct, of which the court may take judicial notice, further confirms the reasonableness of the Mazars Subpoena's timeframe and its specific document requests". A short time later, Trump's legal team amended its complaint to address challenges related to the breadth of the requested records and the idea that the subpoena was issued in "bad faith". Any material produced as a result of the subpoena will also be protected by grand jury secrecy rules.

A federal judge in Manhattan previously shot down the claims, siding with Vance and remarking that the battle over the 2019 subpoena at issue has gone on long enough.

"At its core, it amounts to absolute immunity through a back door", US District Victor Judge Marrero wrote last month.

Even if the appeals court decides in Vance's favor, it is unlikely that Trump's returns will then become public before the election.

Vance, reporter Matt Naham notes in Law & Crime, filed the brief in the U.S. Court of Appeals for the Second Circuit. The president said he is expecting the dispute over the subpoena will end up in the Supreme Court.