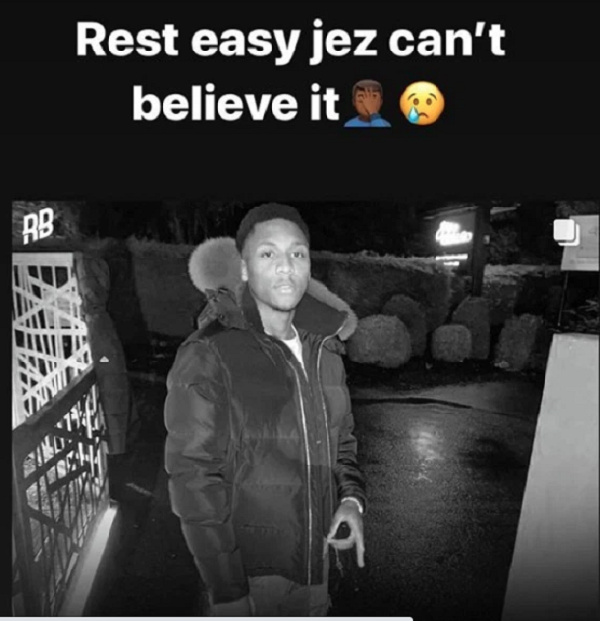 Wisten, a promising talent born in Malawi and raised in the United Kingdom, joined Man City at the U-13 level in February 2016 and was recently released by the club.

The young centre back had remained in contact with Manchester City after leaving, with the club paying their condolences to the young player's family.

Along with the message from City, several of the club's players paid their own tributes on social media.

"We send our deepest condolences to his friends and family".

"No words can describe the pain I am feeling right now I am forever heartbroken".

"RIP Jez thinks of you and your family in this sad time".

"You Will Be Forever Missed", Palmer wrote in an Instagram post featuring pictures and videos of himself and Wisten.

The page description reads: "We are raising money to help Jeremy's family give him the best send off he deserves".

No details have been released about Wisten's cause of death and his family have not released a statement.

A gofundme site set up to help Jeremy's family pay for the funeral has already reached over £8,000. 'Fly high my brother. Online chat is available 7pm-10pm daily.