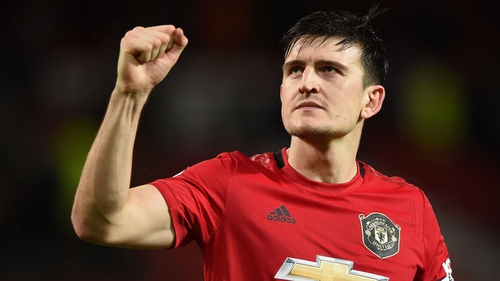 A Greek police statement on Friday said that three men aged 27, 28, and 29 had been arrested in Mykonos.

The England worldwide was allegedly involved in a bust-up with a group of other Englishmen before becoming "very abusive and aggressive" towards officers who arrived to intervene last night on the island of Mykonos, reports the Daily Mail.

Manchester United said in a statement: "The club is aware of an alleged incident involving Harry Maguire in Mykonos last night".

'There were several policemen there.

The England defender, 27, is on holiday in Greece.

Two other Britons were also detained. They threw down at least two policemen, hit them with their fists and kicked them. All English swear words against the authorities and against the work of the police.

England defender Maguire was transported from Mykonos to the neighbouring island of Syros in a boat and is slated to stand in front of the public prosecutor and face charges of aggravated assault.

Maguire joined the Old Trafford club from Leicester in 2019 for over $100 million and helped guide the team to a third-place finish in the Premier League this season.

United's players are on their offseason break after losing in the Europa League semifinals last weekend.

Contact has been made with Harry, and he is fully co-operating with the Greek authorities.

The club added it would be making no further comment.