Man in his 60s stabbed to death in Rexdale 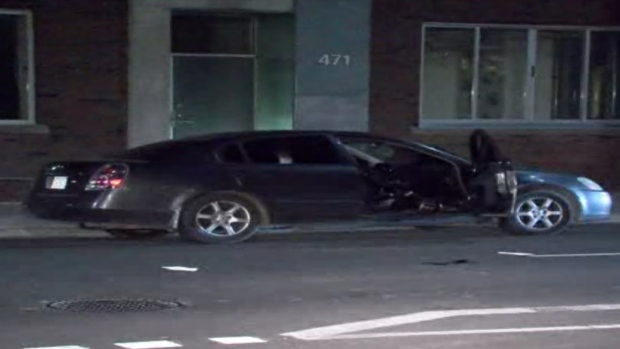 He was pronounced dead at the scene.

He has since been identified as Rampreet (Peter) Singh, a homeless man in his late 30s who had been living under a bridge on the West Humber Trail in recent months.

The homicide unit was known to investigate.

Hank Idsinga said the city's 48th and 52nd homicides of 2020 could be connected as the victims were both stabbed and only five kilometers from each other. -Sgt. Joel Kulmatycki said, took place on September 7.

A man in his 60s is dead after a stabbing in Rexdale on Saturday evening, Toronto paramedics said.

"In a declaration, the firm said that they are" profoundly saddened and stunned" to find out about the episode.

Because the incidents took place within such close proximity to each other, police are not ruling out the possibility that they could be linked. "We want people to be aware of the possibility they may be connected".

"If anything else does come up that links the two occurrences together, you'll be the first to know". He was last seen wearing a black hoodie and dark trousers.

Suspect information has yet to be released for Singh's killer, while the person believed to have killed Zafis (surveillance footage of whom can be viewed here) is described as roughly five foot six and 130 pounds.

Idsinga said the two homicide teams are working with one another on these cases out of 23 Division. "We need people to be aware of their surroundings".

"Be cognizant of what's going on around you".