Majority of Americans disapprove of Trump's actions on Iran 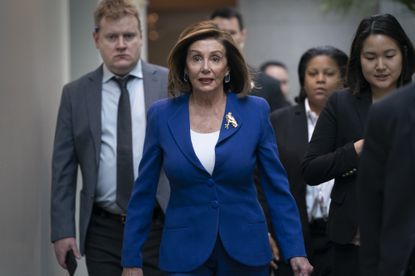 O'Brien took a similar stance, telling NBC's "Meet the Press" the intelligence showed "they were looking at US embassies throughout the region". "The president didn't cite a specific piece of evidence".

Esper on Sunday said that he didn't see an explicit threat against four embassies and that his decision was based on the shared belief between him and Trump that those embassies were facing an imminent threat.

U.S. Defense Secretary Mark Esper said Sunday that he ordered thousands of American troops be deployed to the Middle East because he believed Iran was planning attacks on U.S. embassies.

Interviewing O'Brien on Fox News Sunday, Wallace noted that members of Congress stressed that there was not a single mention of imminent threats against American embassies during recent intelligence briefings with the Trump administration on the 'Iran. "And what we've said, I've said publicly, the president certainly has said, is we will meet with them".

"You can see the Iranian people are standing up and asserting their rights, their aspirations for a better government - a different regime", Esper said.

"I can reveal that I believe it probably would've been four embassies", he said in the interview. Sixty-nine percent said they thought war with Iran was more likely following the attack, and half said the U.S. was less safe.

Later, Secretary of State Mike Pompeo, who previously spoke of an "imminent" plan by Soleimani to target U.S. interests, admitted that he could not provide any information about the time and place the Iranian general allegedly planned to attack the US.

"I believe, based on what I saw and what I know, is that they were meant to cause structural damage, destroy vehicles and equipment and aircraft and to kill personnel".

The White House national security adviser said Sunday that the USA wasn't going to "cut and run" when ABC News Chief Anchor George Stephanopoulos pressed him on why the U.S.

Esper made the comment on CBS's Face the Nation on Sunday. Lawmakers of both parties say the administration has yet to provide definitive, specific information about the threats posed by Soleimani and the Iran-backed militias he controlled.

When Tapper asked Esper to expand on if there was intelligence to suggest follow-up attacks, the Pentagon chief said he wouldn't discuss specifics of the information on TV.

'The important thing is this: Soleimani orchestrated, resourced, directed the attacks, escalating up to December 1 that killed an American, ' Esper continued.

Trump and Esper are "fudging" the details, Schiff added, and "overstating and exaggerating what the intelligence shows".