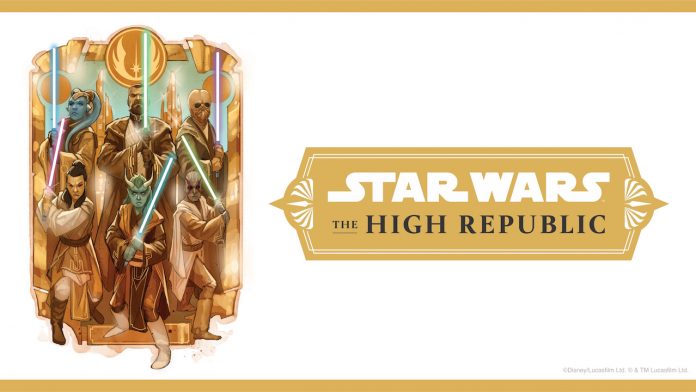 In this new saga, five high-profile, fan-favorite Star Wars authors tell an epic, interconnected story - across multiple publishers and formats for different age groups - establishing a new timeline of Star Wars storytelling for generations to come. Oh, and it was also announced that StarWars.com will begin a new bi-weekly show hosted by Krystina Arielle that will give an in-depth and behind-the-scenes look at The High Republic with its creators, artists, and authors.

The novel has been described as a "promising" start by critics, with many praising the portrayal of the Jedi that some felt was lacking in the prequels.

Disney's description reads, "Star Wars: The High Republic, which has previously been referred to as "Project Luminous", will be set in an era when the Galactic Republic and the Jedi Order are at their zenith, about 200 years before the events of Star Wars: The Phantom Menace". Would you like to see more content from it added to Star Wars video games?

In review: Star Wars: Light of the Jedi by Charles Soule and Del Rey Publishing.

Discuss Star Wars: The High Republic, along with its many spin-off off tie-in titles, right here! The Jedi are at their height, protecting the galaxy as Republic pioneers push out into new territories. And then it all goes wrong in a mysterious cataclysmic event known simply as The Great Disaster that brings the Republic and Jedi in contact with a risky new enemy known as the Nihil. What intrigues me is how these Phases will line up with The Acolyte, the new live-action Star Wars TV series announced by Lucasfilm during the jam-packed Disney+ Investors Day panel late a year ago. A threat hides in the darkness, far from the light of the age, and harbors a secret that could strike fear into even a Jedi's heart.

In May 2020, Lucasfilm announced that The High Republic's release schedule would be delayed from August 2020 to January 2021.