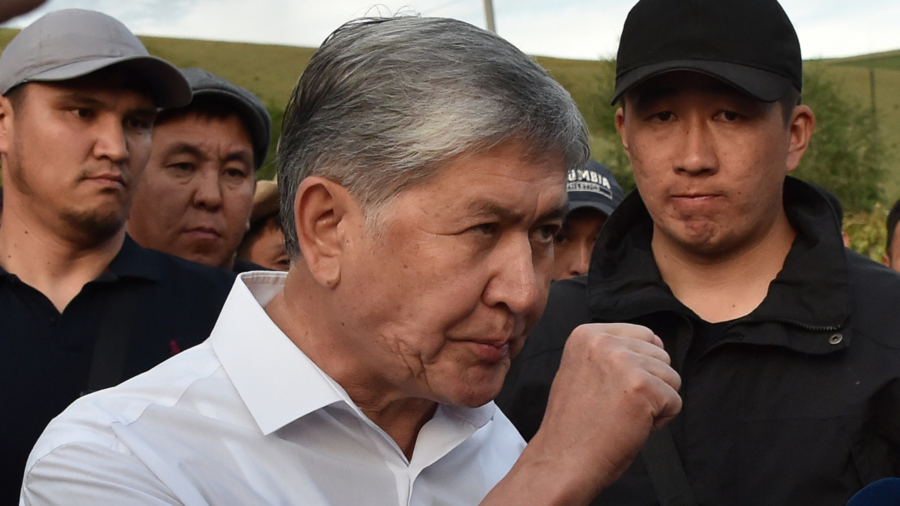 Doctors operated on his head and he is listed as in critical condition, the Health Ministry said. But it can't be forgotten that Atambayev served as president from 2011 to 2017 and heartily supported Jeenbekov as his successor.

About 200 supporters of former Kyrgyz president Almazbek Atambayev are preparing for a new attempt by special police units to storm his residence, they are armed with sticks and stones, eyewitnesses said. The whereabouts of Atambayev himself are unknown, his supporters claim that he is still at home.

The health ministry said that 36 people, including 15 members of the security services, had been admitted to hospital with injuries.

The Kyrgyz parliament voted on June 27 to deprive Atambayev of his immunity, paving the way for his detention and trial. The former president ignored three summonses issued by the police for a case related to the surprising release from prison of a notorious underworld boss during his presidency.

Atambayev has still not been detained, several key aides have confirmed.

"During the operation, special forces soldiers did not use military weapons". "Yesterday they did not say they came to take me for questioning, they came like gangsters and started shooting at people". With the death of a special forces member, surely Atambayev will face additional charges.

Spokesman for the Russian embassy in Kyrgyzstan Viktor Kharchenko said that preparations for the meeting of the EEU Intergovernmental Council to be held in the Kyrgyz resort town of Cholpon-Ata on August 9 are underway as normal.

Local and foreign media struggled to reach staff working at Koi-Tash as authorities appeared to block internet and mobile connections in the village located a short drive from capital Bishkek.

"The President of Kazakhstan keeps a close eye on the situation in Kyrgyzstan", spokesman of the President Berik Uali said, noting that Tokayev hopes for a speedy normalization of the situation based on the current legislation. The Kyrgyz justice system is deeply flawed, but it was flawed throughout Atambayev's tenure too - his temper-tantrum at losing grip on power deeply undercuts whatever plaudits he received for peacefully ceding it after the 2017 election.

Kyrgyz President Sooronbai Jeenbekov suspended his one-week vacation and went to Bishkek on Wednesday, according to a statement published on the presidential website.

About 1,000 Atambayev supporters later arrived in Bishkek and tried to rally outside the presidential office, but police quickly dispersed them with tear gas and stun grenades.

Kyrgyzstan has been politically volatile: presidents were deposed by uprisings in 2005 and 2010.