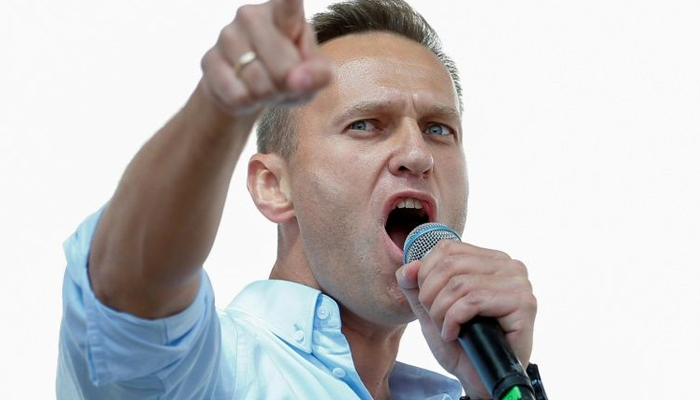 Russian Federation has not opened a formal criminal investigation and is sticking to its position that it needs hard evidence from Germany that Mr Navalny was indeed poisoned.

German politicians from various parties, including Chancellor Angela Merkel, have questioned if the German-Russian project should be pursued, given the Russian government is suspected to be involved in the poisoning.

Germany says that Navalny, a well-known critic of Russian President Vladimir Putin, was poisoned by a soviet-style Novichok nerve agent, a claim denied by Moscow.

Navalny fell ill during a flight from Tomsk on August 20; he had reportedly only consumed a cup of tea in the hours leading up to the incident, prompting suspicions that that had been the vector for the nerve agent.

Speaking at a news conference Thursday, Foreign Minister Sergey Lavrov charged that Germany, the United States and other Western allies who urge Russian Federation to conduct a probe into Navalny's poisoning squarely expect Russian Federation to accept blame for something it hasn't done. "Just as it's impossible for Germany to open a criminal case on the basis of analyses taken in our military hospital".

"Der Spiegel and Bellingcat understand that Navalny can speak again and can likely remember details about his collapse", the magazine wrote, crediting its investigative website partner. It reported that Bruno Kahl, the head of Germany's foreign intelligence agency, told a confidential meeting of officials that the substance was "stronger" than previously known forms of Novichok. Additional political pressure came at the beginning of the year when the U.S.government attacked the project and asked Germany to stop pursuing it. "An independent global investigation with experts from the Organisation for the Prohibition of Chemical Weapons is crucial", Reinsalu said, according to a ministry press release. "On the contrary, in the great majority of cases we have clear evidence that the murders took place at least in connection with state authorities".

A man holds a poster with a portrait of Alexei Navalny reading "Navalny was poisoned, we know who is to blame, Alexei you must live" during a protest in Khabarovsk, Russia on Saturday.