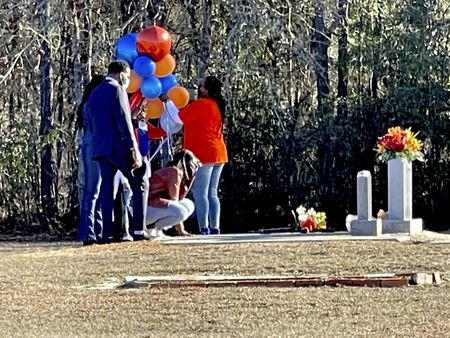 Travis McMichael and his father, Gregory, were charged along with a third man, William "Roddie" Bryan, with one count of interference with civil rights and attempted kidnapping.

"Three Georgia men were indicted today by a federal grand jury in the Southern District of Georgia and charged with hate crimes and the attempted kidnapping of Ahmaud Arbery".

The charges come amid a surge of federal investigations into police departments, and is "the most significant civil rights prosecution undertaken to date by the Biden administration Justice Department", according to the Associated Press.

The indictment charges that the McMichaels "armed themselves with firearms, got into a truck and chased Arbery through the public streets of the neighborhood while yelling at Arbery, using their truck to cut off his route and threatening him with firearms".

Bryan recorded the chase on his cellphone, which captured Arbery getting ambushed by the McMichaels.

It was only almost three months later, after a video they took of their pursuit of Arbery leaked out and sparked outrage, that state law enforcement became involved and brought charges.

"In addition to the hate-crime charges, Count Three alleges that all three defendants attempted to unlawfully seize and confine Arbery by chasing after him in their trucks in an attempt to restrain him, restrict his free movement, corral and detain him against his will, and prevent his escape".

The Department of Justice alleged Wednesday that the men confronted Arbery "because of his race". Two of the three men - Gregory and Travis McMichael - claimed to be conducting a citizen's arrest and that they acted in self-defense. 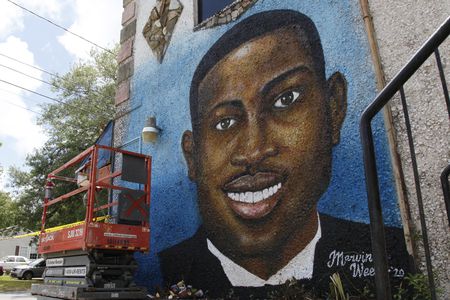 Arbery was seen in the viral video struggling with Travis McMichael before being fatally shot.

All three men were later charged in state court.

© Glynn County Sheriffs Office Booking photos of Travis McMichael, his father Gregory McMichael and William "Roddie" Bryan Jr. who have been charged in the shooting death of Ahmaud Arbery.

Attorneys for Travis McMichael responded to the indictment in a statement criticizing the DOJ for believing in a "false narrative" invented by the media.

"Mr. Bryan said that after the shooting took place before police arrival, while Mr. Arbery was on the ground, that he heard Travis McMichael make the statement, 'f--ing n--er, '" GBI agent Richard Dial testified.

The two McMichaels are also charged with firearms violations.