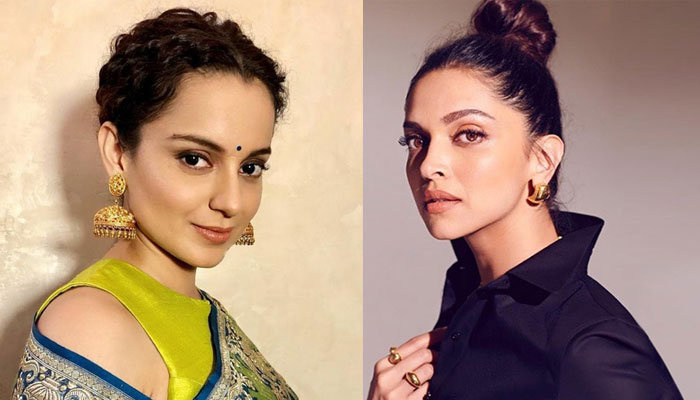 On World Mental Health Day, Kangana Ranaut tweeted a short clip from her film Judgementall Hai Kya that celebrates normalcy around mental health. He wrote in his tweet, "The film we made for Mental Health Awareness was dragged into the court by the shopkeepers of the Depression".

Her message, however, came wrapped with an apparent insult for her colleague, actor Deepika Padukone, whom she referred to as someone who runs "depression ki dukan".

However, that title was mired in controversy as it was deemed by mental health experts and organizations as insensitive toward patients.

For the uninitiated, a few days back, Deepika took to her social media handle to write, "Repeat after me, "You can not "snap out" of depression". After the media ban, the film was renamed before release due to marketing complications.

Deepika, 34, is a vocal advocate for mental health awareness.

Apart from The Live Love Laugh Foundation, docs of The Indian Psychiatric Society additionally complained to the Censor Board President Prasoon Joshi, objecting to the title of the movie.

"When we have films like Mental Hai Kya, and we have posters in a particular manner, we have to be more sensitive".

"Repeat after me, depression ka dhandha chalane walon ko public ne unki aukat dikhadi #CBIforShushant #SushantSingRajput #1stStepToSSRJustice", wrote Kangana in one of her tweets, before going out on a full-blown rant against Deepika.

It seems like Kangana is in no mood to bury the hatchet with Deepika.