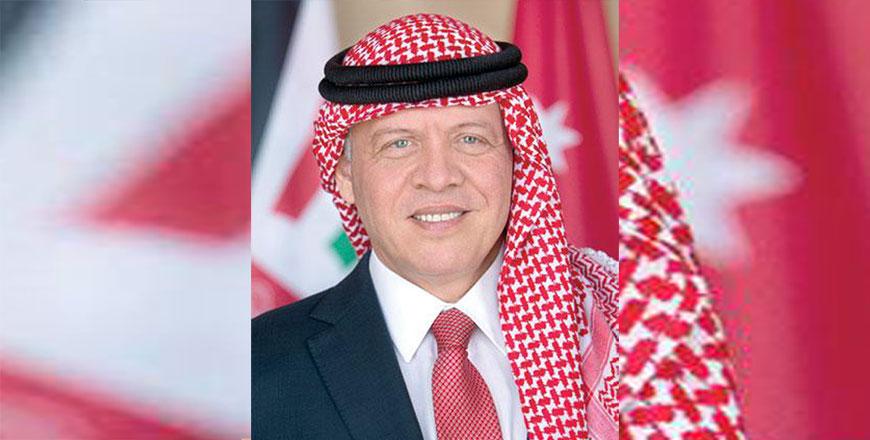 Sixteen people, including a former adviser to King Abdullah and another member of the royal family, were arrested on Saturday for allegedly threatening security.

After allegations that former Crown Prince Hamzah bin Al-Hussein was detained in Jordan, a written statement by the Royal Court of Saudi Arabia was published by Saudi Arabian news agency SPA.

The former crown prince of Jordan is accused of trying to mobilise tribal leaders against the government, the country's deputy prime minister says.

In a statement, GCC Secretary General Nayef Falah Mubarak al Hajraf said the bloc affirmed its full support for all decisions and measures taken by King Abdullah to preserve the security and stability of Jordan.

Abdullah had appointed Hamzah crown prince in 1999 in line with Hussein's dying wish, but in 2004 stripped him of the title and gave it to his own eldest son Hussein.

Hamzah, however, remained a popular figure of Jordan's royal family, bearing an uncanny resemblance to his father, and was seen as modest and religious.

King Abdullah II will discuss the situation with Hamzah, his half-brother, directly and within the royal family, Safadi said in a press conference.

In a letter to his half-brother at the time, the king said that the symbolic position of heir "has restricted your freedom and prevented us from entrusting you with certain responsibilities that you are fully qualified to assume".

A Jordanian analyst who did not want to be named for security reasons said that Hamzah had recently "stepped up his criticism of what he described as corruption within the government in front of his circle of friends".

Bassem Awadallah, a long-time confidant of the king who later became minister of finance, and Sharif Hassan bin Zaid, a former royal envoy, were detained along with other unnamed figures, Petra said.

While Hamzah denies any wrongdoing, he denounced the ruling government in the video, saying, "I am not the person responsible for the breakdown in governance, for the corruption, and for the incompetence that has been prevalent in our governing structure for the last 15 to 20 years, and has been getting worse by the year".

"We are closely following the reports and are in touch with Jordanian officials".

Saudi Arabia was among the first to voice support for the king.

"Jordan's safety and stability is the priority". "King Abdullah is a key partner of the United States, and he has our full support", US State Department spokesman Ned Price said.

Saturday's security sweep comes as Jordan prepares to mark 100 years since the new kingdom then named Transjordan was established alongside Palestine under British mandate.

It declared independence in 1946, and despite having little oil wealth, severely lacking water and repeatedly being rocked by wars on its borders, the kingdom has managed to survive the regional upheavals.

Apr 03 2021
US Capitol Building Under Lockdown in DC