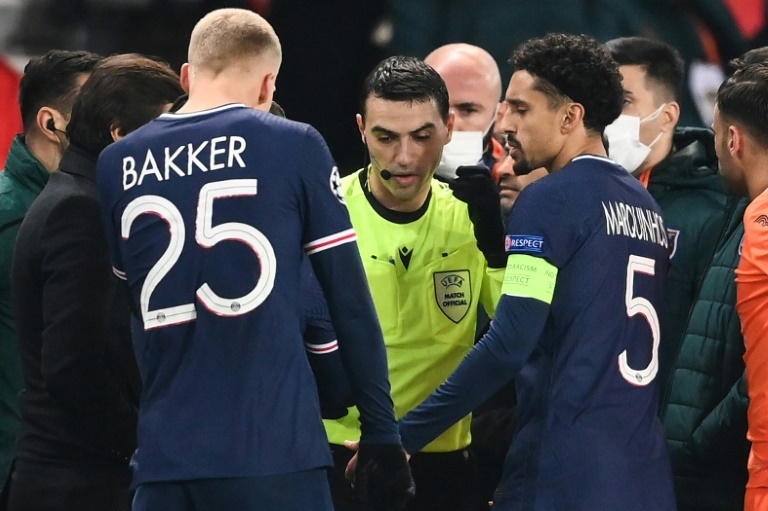 Paris St Germain's clash with Turkish side Istanbul Basaksehir has been suspended amid allegations of racism.

He was referring to Basaksehir asst. coach Pierre Webo - a Black man from Cameroon.

Following that conversation, the Basaksehir players walked down the tunnel at the Parc des Princes and were joined by those representing PSG.

Pierre Webo, a former Cameroonian global and current assistant at Basaksehir, who is Black, claimed official Constantin Sebastian Coltescu called him a "negro" midway through the first half.

Basaksehir's Senegal global striker Demba Ba, among the substitutes for the away side, could be heard remonstrating with the official, saying: "When you mention a white guy, you never say "this white guy", you just say "this guy", so why when you mention a black guy do you say 'this black guy?'"

Istanbul's players, led by veteran former Chelsea forward Demba Ba, made it clear that they didn't appreciate the comment.

Ba can be heard saying: "You never say "this white guy", you say "this guy.' So. why when you mention a black guy, you have to say 'this black guy"?"

In footage from the match, fourth official can be seen telling the referee to send Webó off, at which point he is alleged to have used a racial epithet to describe the former Cameroon global.

A UEFA statement said that after consultation with both teams, the match would restart soon with a different official.