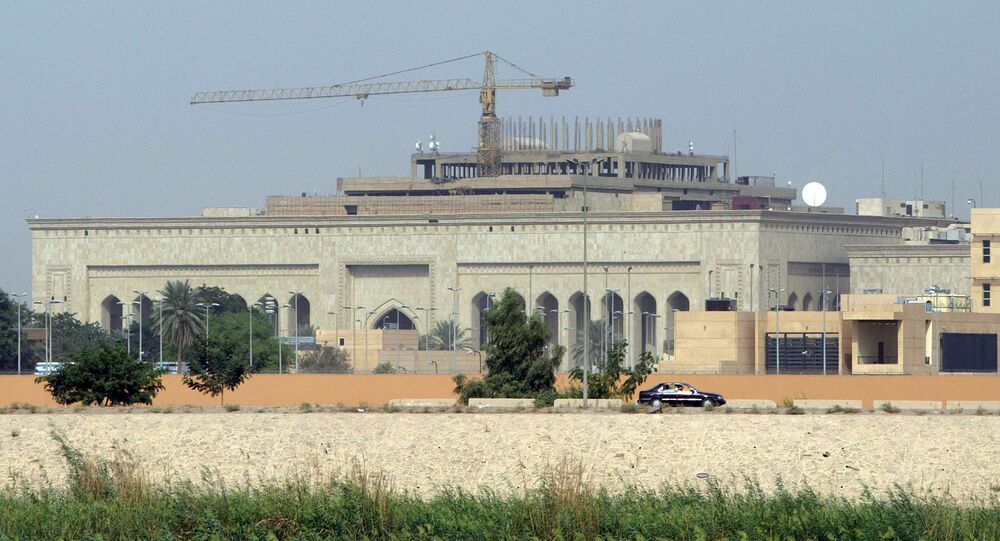 Anyone who does so is either "a terrorist or outside of the Sharia (Islamic law) and the law", he added, condemning the rocket attack against the USA embassy in the heavily fortified Green Zone of Baghdad earlier in the day.

Iran-backed militia groups have been blamed for orchestrating the frequent rocket attacks, which have frustrated the Trump administration.

The US embassy's C-RAM air defense systems were engaged to intercept the missile attack, which it said resulted in no casualties.

No embassy personnel were injured, but the rocket did damage some residential property surrounding the Green Zone, according to Pompeo. Media reports indicate the us withdrew staff from the Baghdad embassy earlier this month out of concern for a potential retaliatory strike ahead of that anniversary. The rockets were said to be launched by an outlawed group.

The U.S. withdrew some staff from its embassy in Baghdad earlier this month, temporarily reducing personnel ahead of the first anniversary of the U.S. drone strike that killed Revolutionary Guard Gen. Qassem Soleimani outside Baghdad's airport on January 3.

Sunday's attack was the third apparent violation of a truce agreed in October by Western and Iraqi authorities with hard-line and pro-Iran groups.

In October, several groups of insurgents claimed they suspended the attacks on USA objects, demanding that the Iraqi government provide the road map of withdrawal of US forces. Soleimani's killing escalated tensions between the United States and Iraq. In a statement released Sunday, he strongly condemned the attack.

US troops have been deployed in Iraq to support the Iraqi forces in the battles against the Islamic State militants, mainly providing training and advising to the Iraqi forces.

But a rocket strike on the US Embassy on November 18 was a clear sign that Iranian-backed militias had made a decision to resume attacks on USA bases, according to Iraqi security officials.

Tehran has expanded what is believed to be its main nuclear site at Natanz and enriched uranium beyond limits set by the 2015 nuclear agreement in response to the USA campaign of economic sanctions on Iran, put in place after the Trump administration walked out of the nuclear deal in 2018.